The port “houses” are on the other side of the river from Porto. Many years ago, wine in barrels came down the river from the highlands where the grapes were grown and stomped before being shipped to the city for aging and exporting. Now, trucks bring the wine here but the buildings have never changed. Set low along the river, there’s a gondola ride that gives an aerial view of the area. 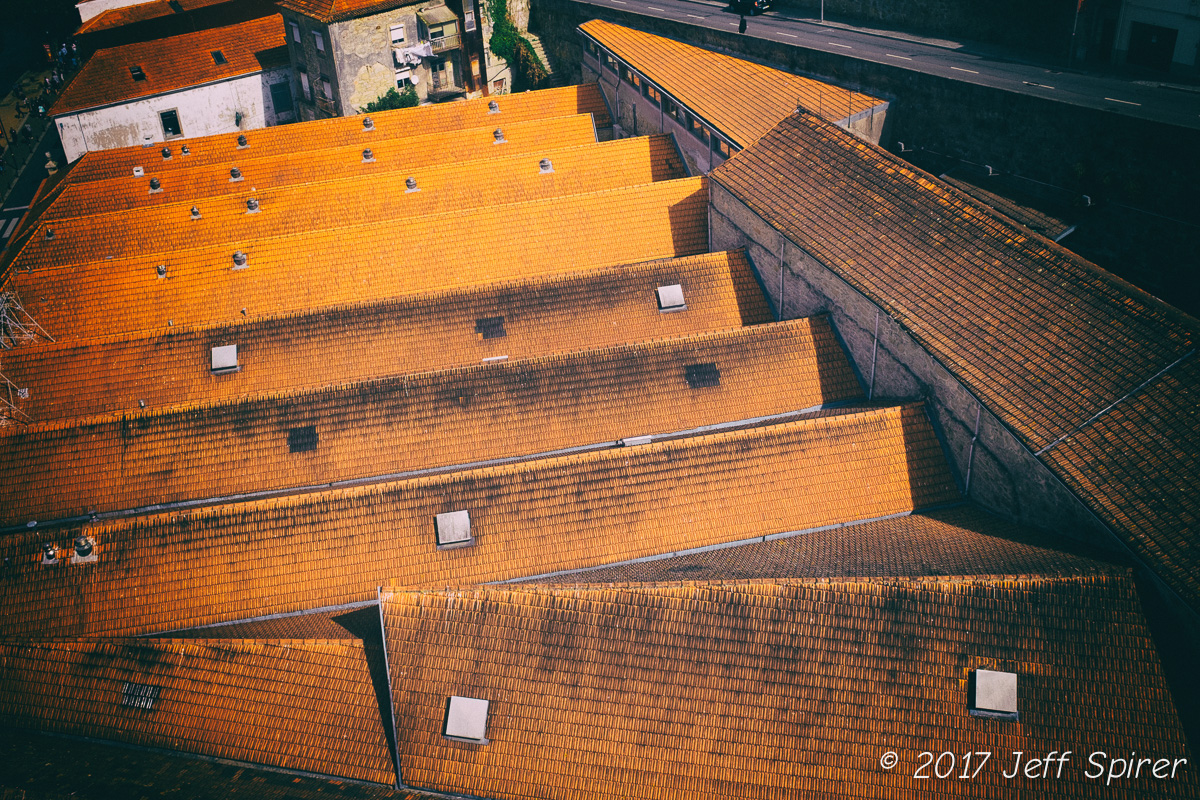 Almost as if planned for photographers, there was a port house converted to a museum with photographs of the area dating back to the 19th century. The people in the photos were usually doing something or staring at the camera rather than posing, as the camera was an unfamiliar device to them. For 10 euros, you could spend all day in the museum and then walk across the street for the included glass of wine. 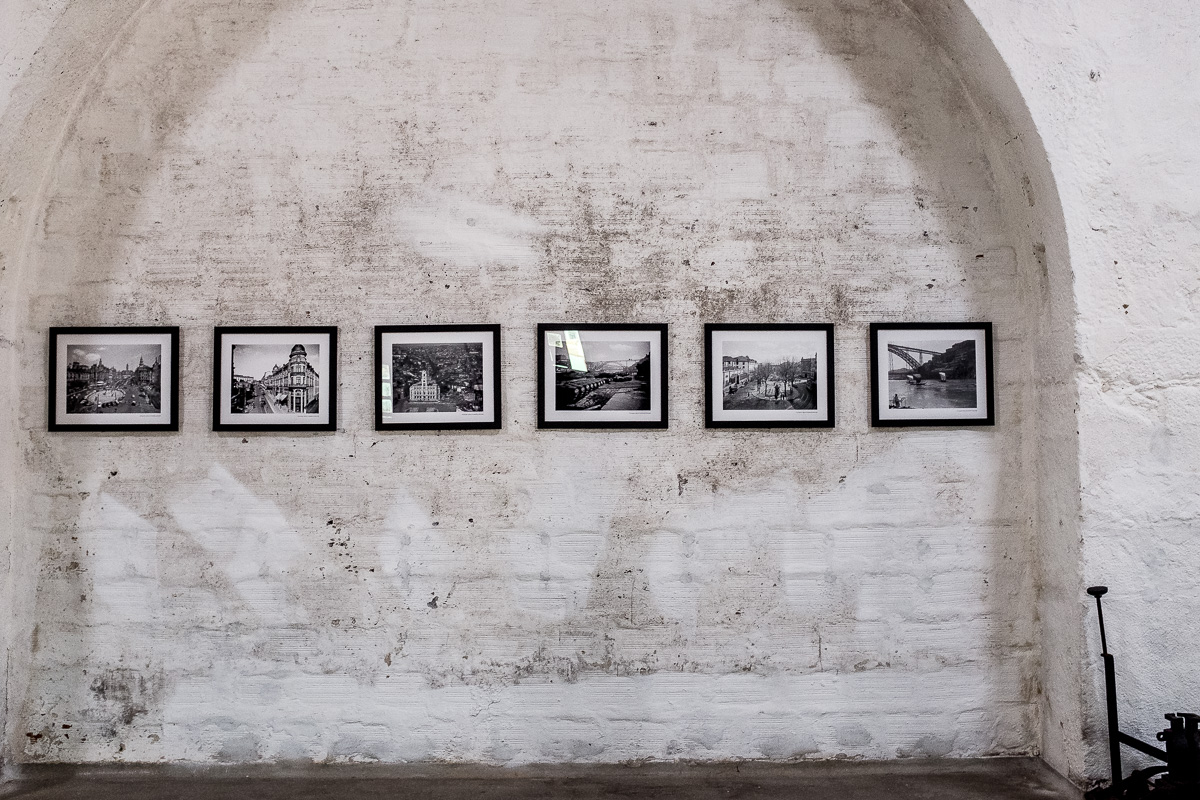 And Porto at night is beautiful. We walked across the bridge (which carries no traffic except light rail) to look down, stopping on the bridge to take a picture.