A one hour train ride from Porto, Aveiro is often called the Venice of Portugal because of its canals. Originally built for commerce, the canals are now traversed by a multitude of colorful gondolas catering to tourists. The boat ride is fun, but exploring the city is more fun. Parts of it have that abandoned feeling, odd because it is a rather well-off small city; these neighborhoods were fun to walk and to photograph. 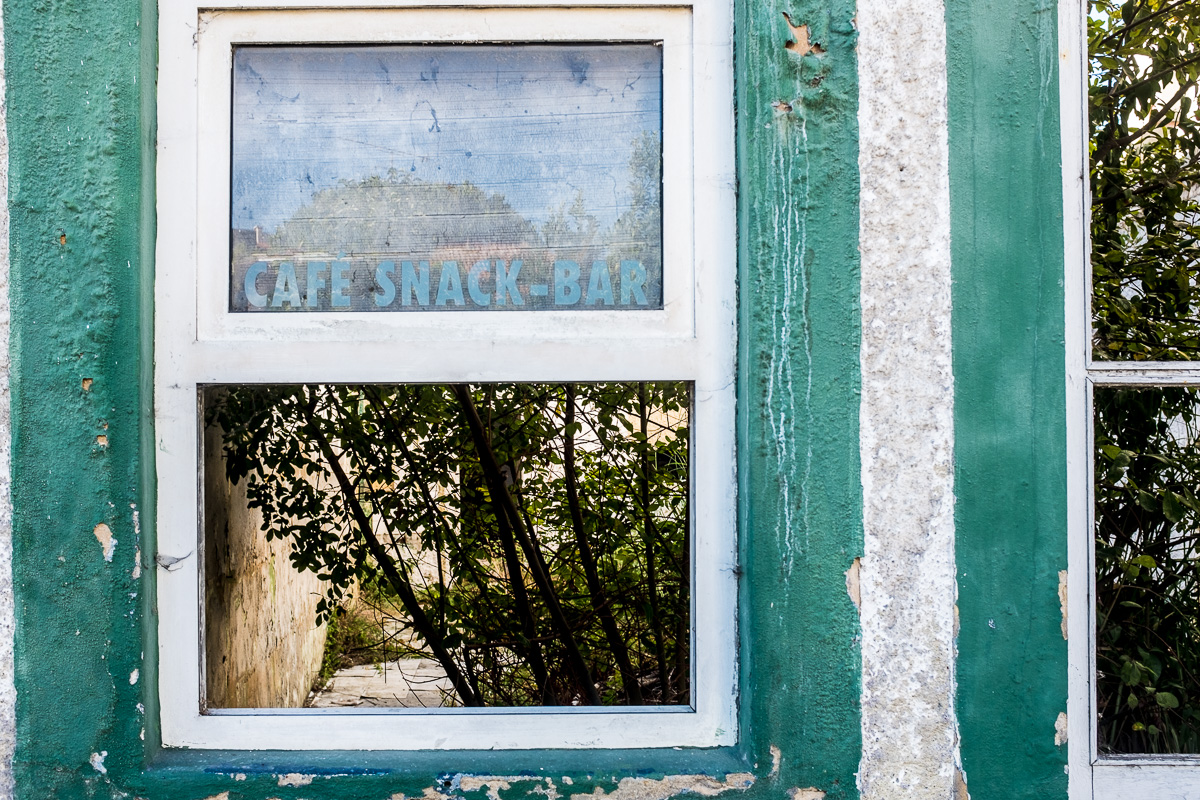 One interesting building had an external stucco staircase that had been shorn off, leaving just the pattern of its path on the wall as if it had been painted on.

And, of course, there’s religion. 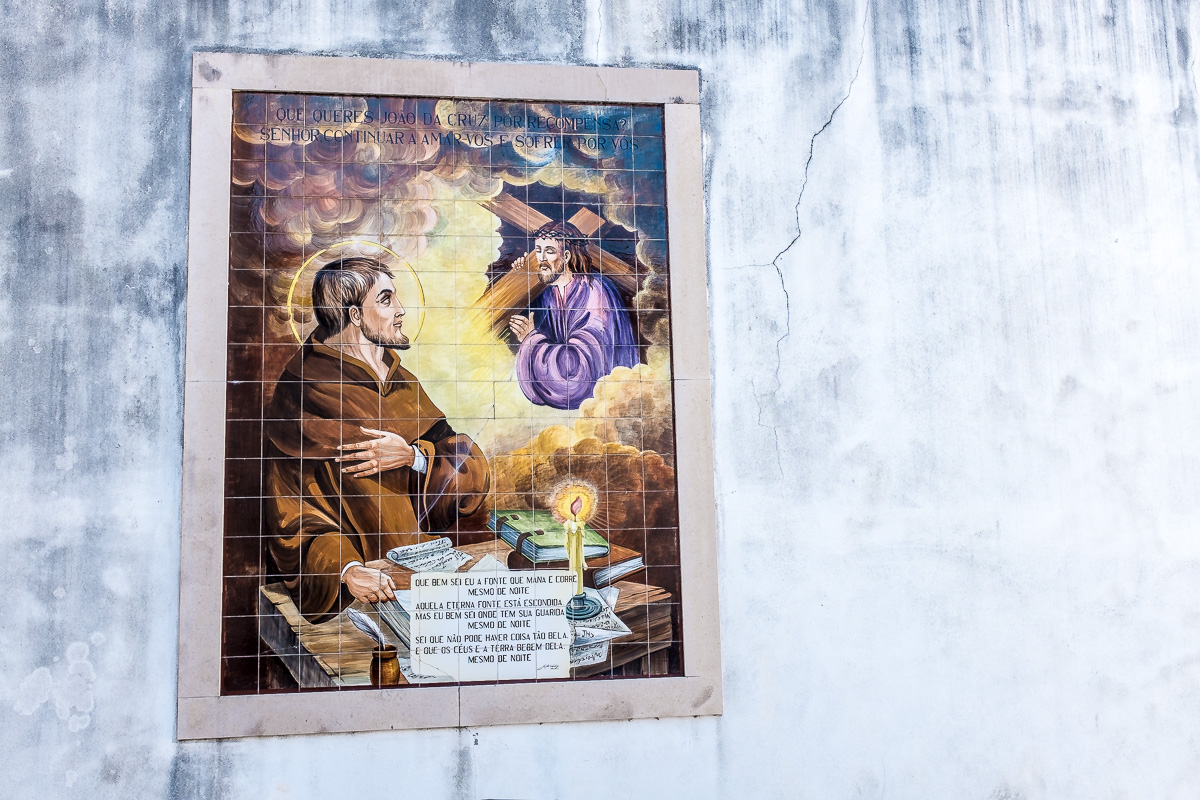 And, of course, the contrast of old and new. There are quite a few tile murals in Aveiro. 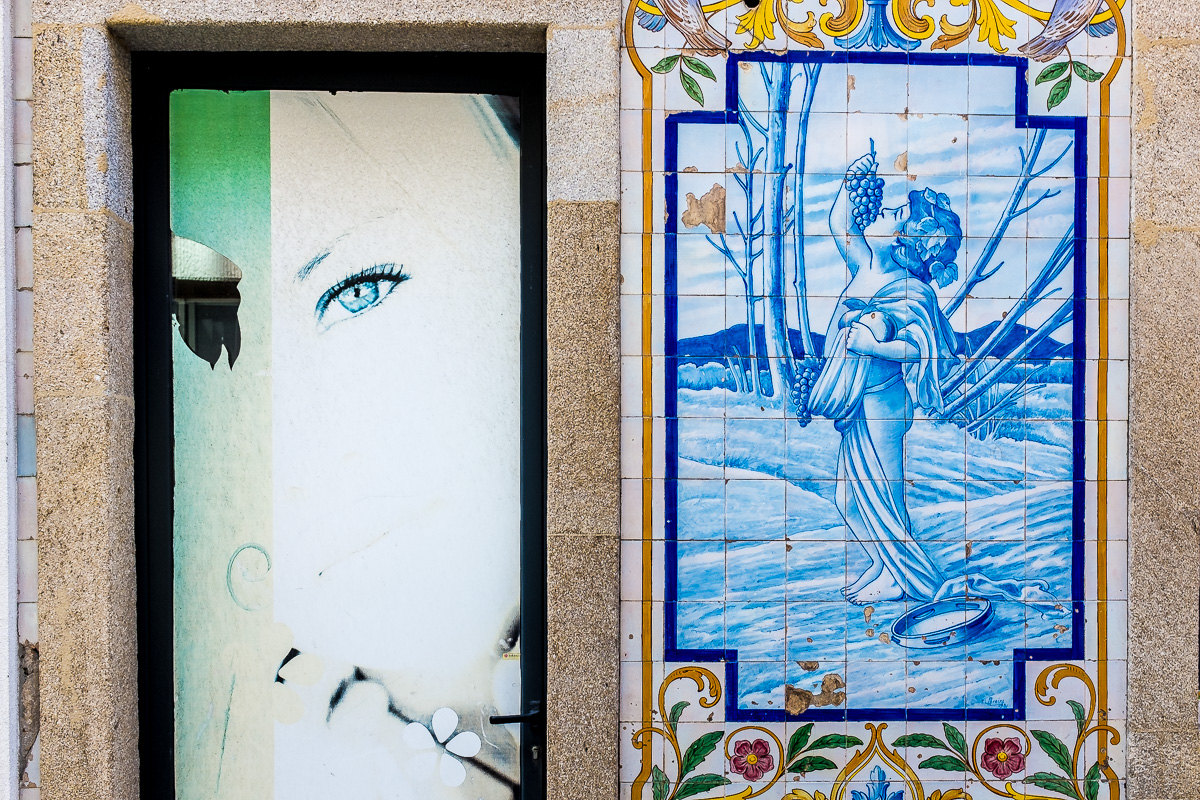