Another train ride took us north up the coast to Porto, a city best known for the wine bearing its name. It’s a thriving area with an extensive light rail system (if only San Francisco had one system that covered the whole city…) It also is a city that still has the country in it, urban development hasn’t taken over everything. Just wandering from our apartment to the water (Porto is on a river), we found a path down a hill into a bucolic country scene between large commercial buildings. 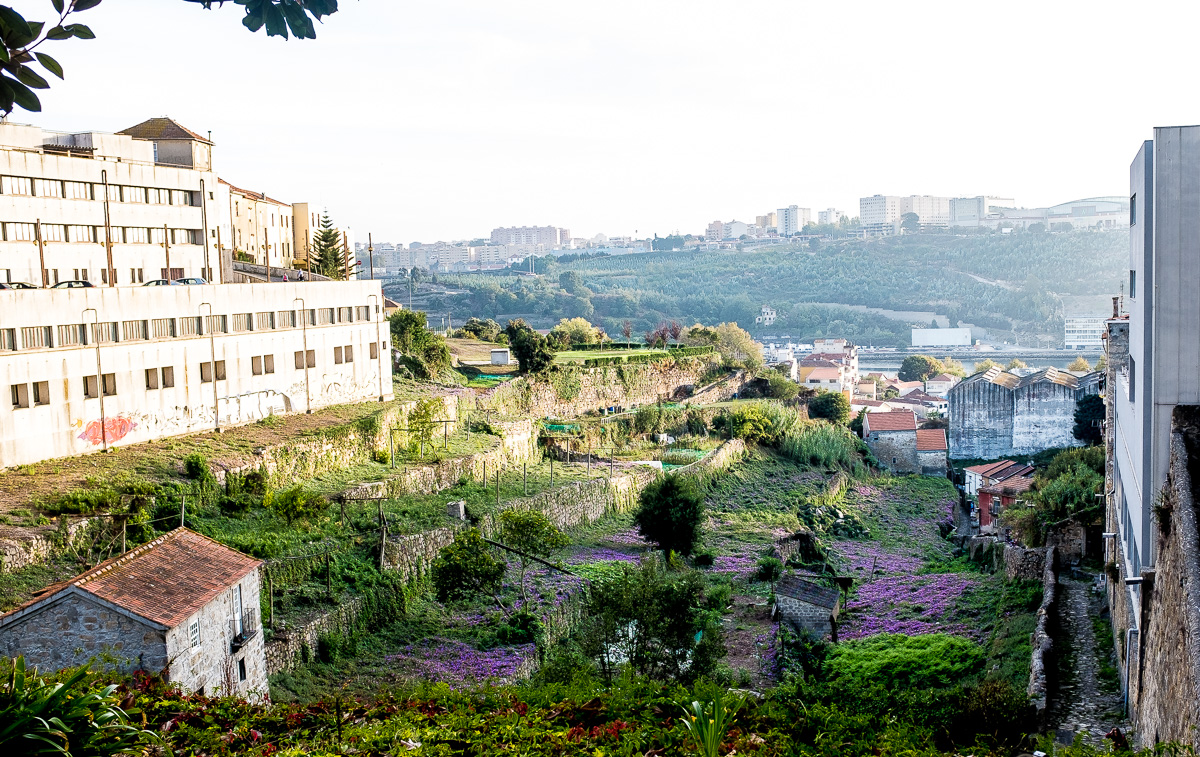 There were cobblestone paths, stone walls, and centuries-old houses that lent a feeling of antiquity to the walk. Here in the states, it’s unimaginable that any neighborhood like this would be preserved when massive office buildings or apartment complexes could be built. 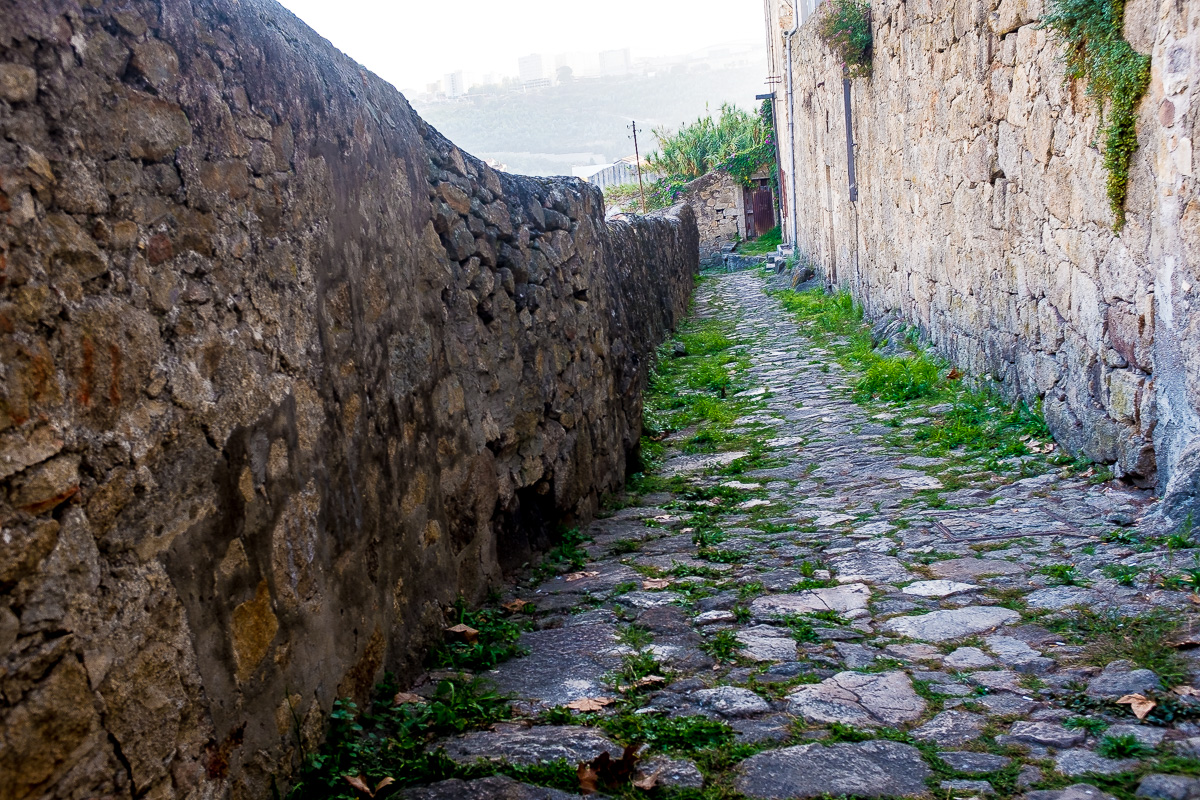 This wasn’t some area preserved for visitors, it was a neighborhood unto itself, with residents, laundry hanging, and probably some chickens wandering beyond the wall. Interest from residents of the houses indicated that there probably aren’t many travelers walking in the neighborhood. 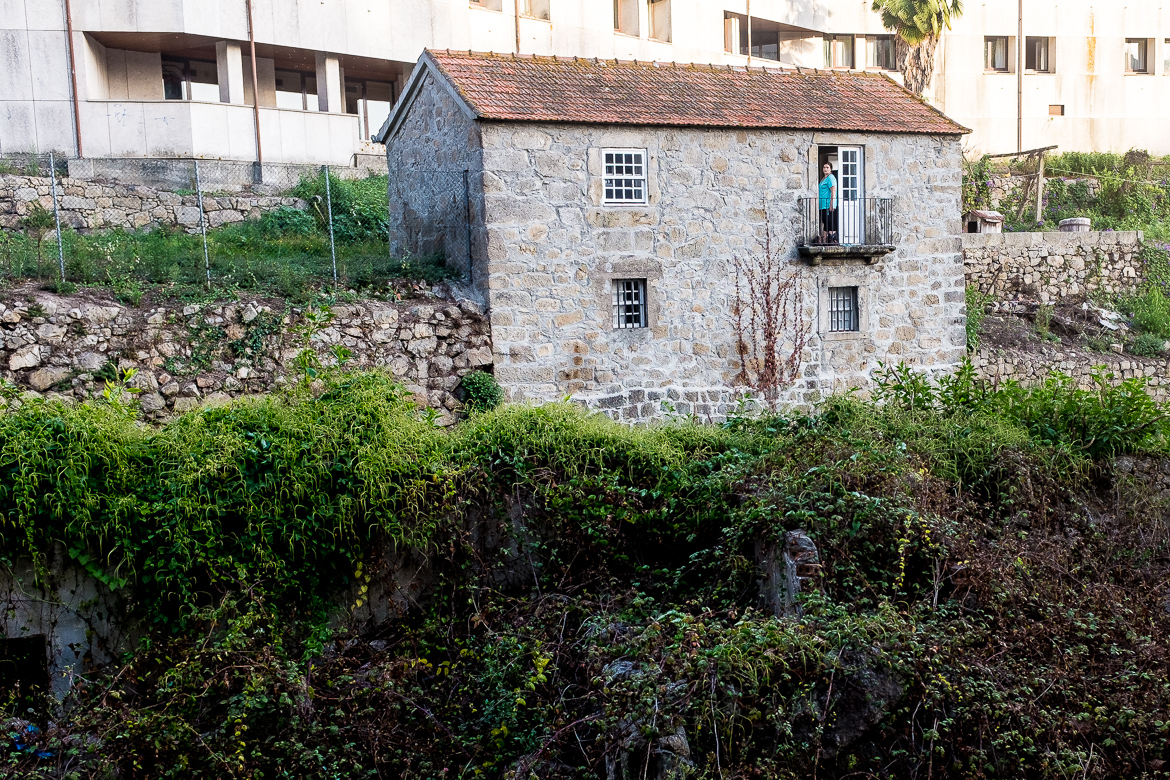