San Sebastián isn’t far from Bilbao, the bus ride was probably an hour. Like Bilbao, it’s Basque, with its own impenetrable language and wonderful food. If there’s one thing people in San Sebastián do, it’s eat. Well that and socialize. And go to the beach. It has its own little bay with an island. 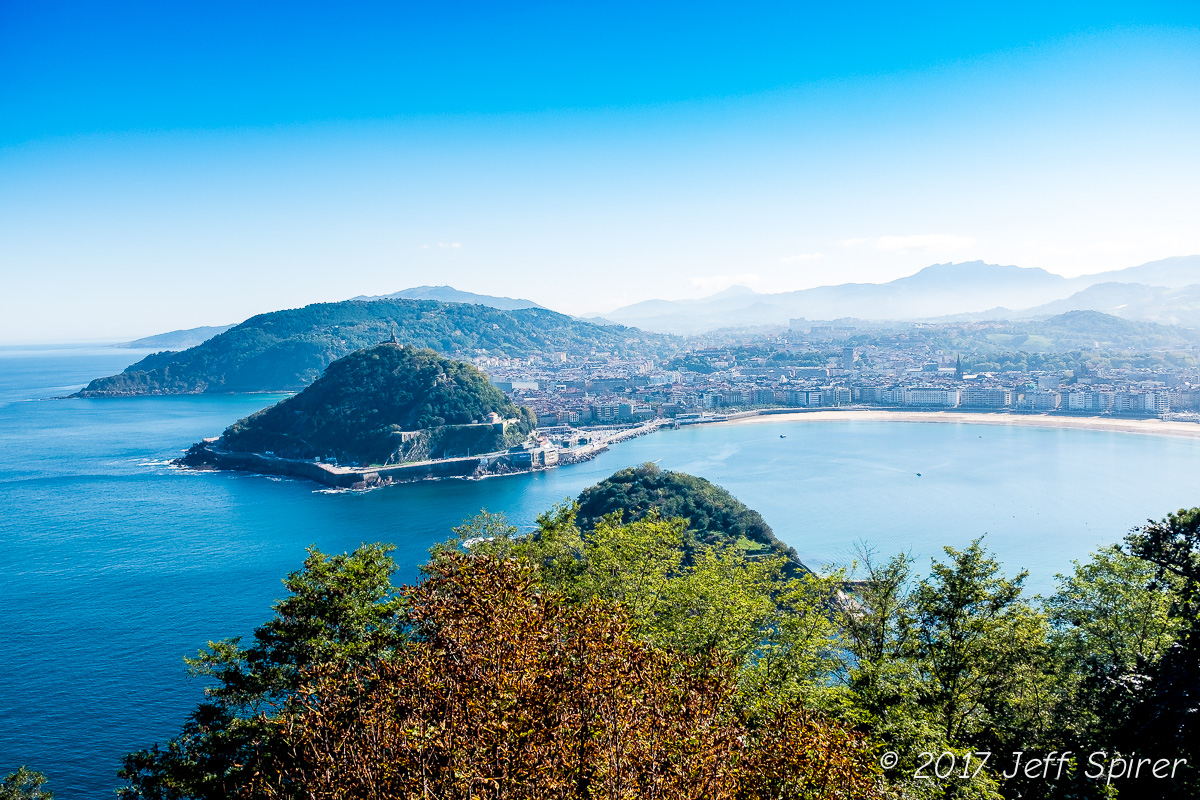 There’s one more thing San Sebastián has. A funicular. Yes, from not knowing what a funicular was to riding two of them in three days. The one in San Sebastián is old and rickety, wooden with openings where the windows should be. It felt like it could fall apart at any moment going up and down the mountain. But the view is definitely worth it. Unlike Bilbao, the ride to the top wouldn’t be affected much by the weather. The only point of interest at the top other than the view is the odd amusement park, closed because it was a weekday. 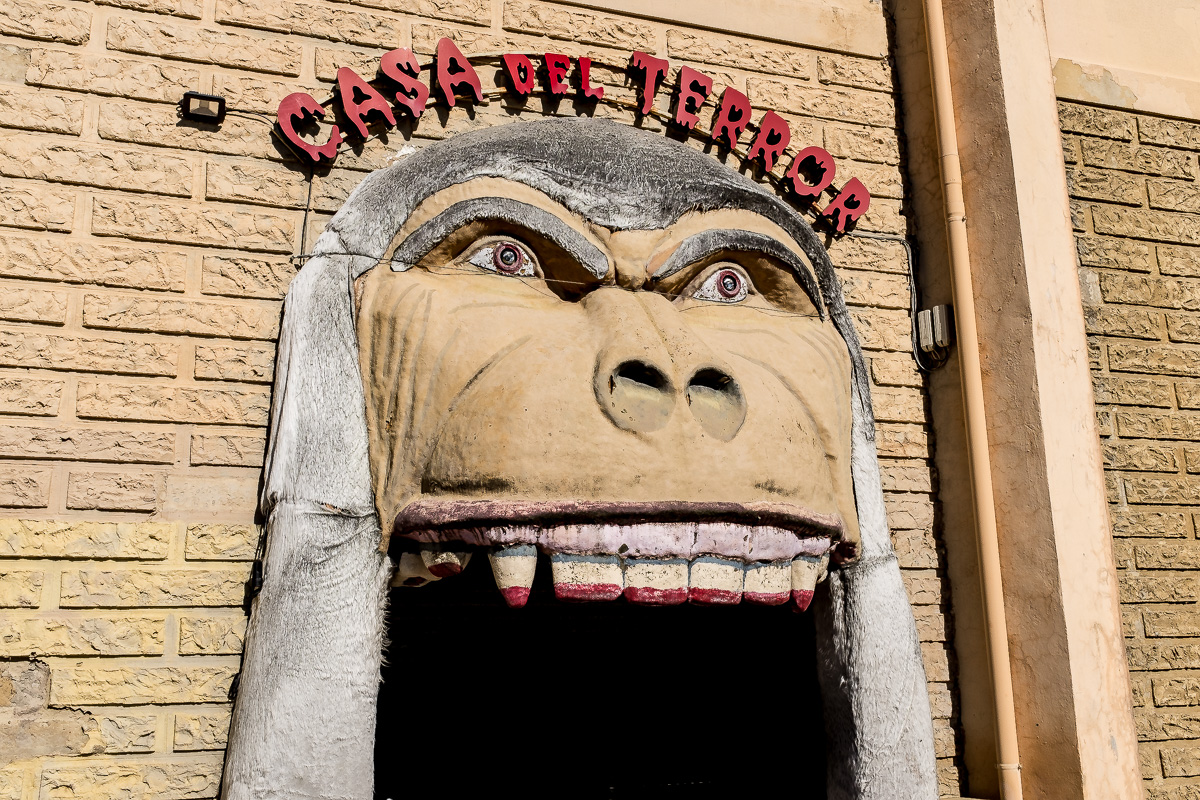 And the food. Everyone seems to spend all their time checking out what’s offered in different bars and restaurants. Much food consumed here consists of pinxtos (pronounced peenchos, more or less), Basque tapas. Almost every bar and restaurant sets them out on the counter where customers ask for them, either by the each or as a group. Although they sit out all day, everything is so fresh it never spoils. It’s easy to walk in, look to see if there’s anything that looks good, and then walk out if you want something different. The most interesting one I saw, and tried, was baby eels topped with quail egg. 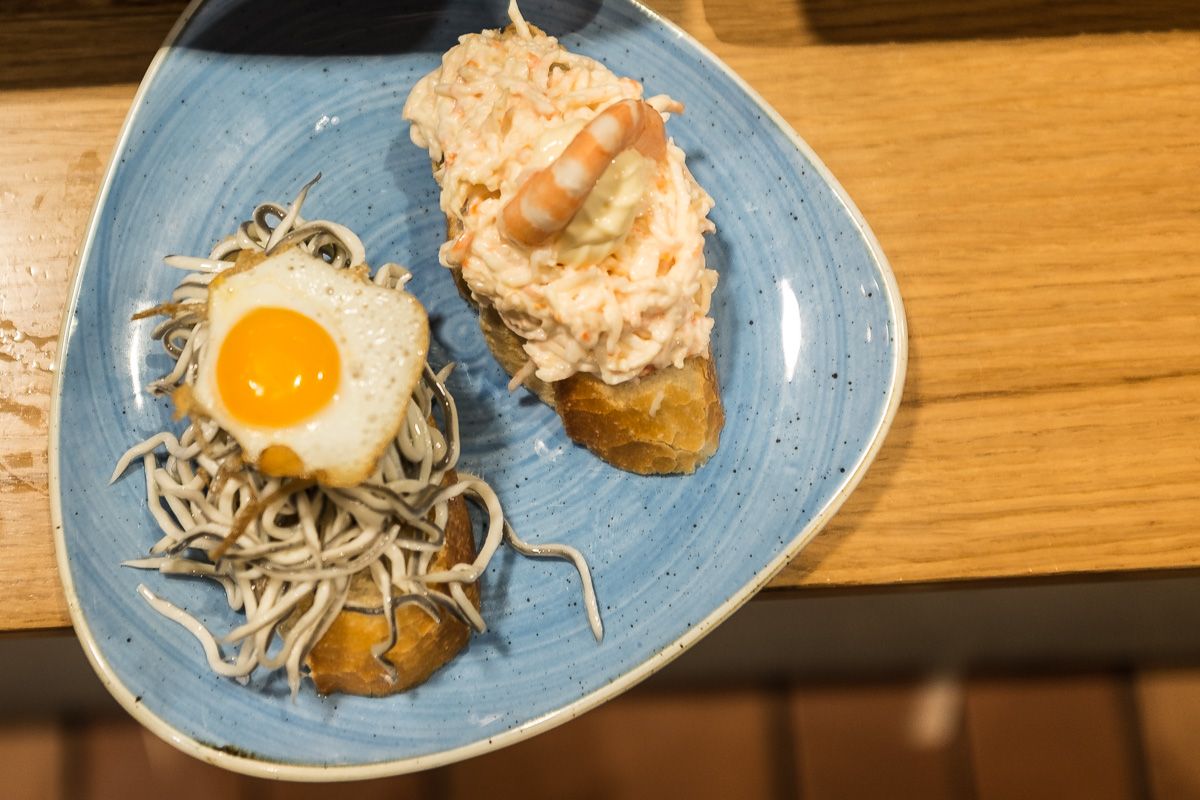 One bar away from the tourist areas featured a barmaid wearing a Guns ‘n’ Roses t-shirt. Nice touch, I thought, especially since half her clientele probably had no idea who G’n’R are. The pinxtos here were excellent. 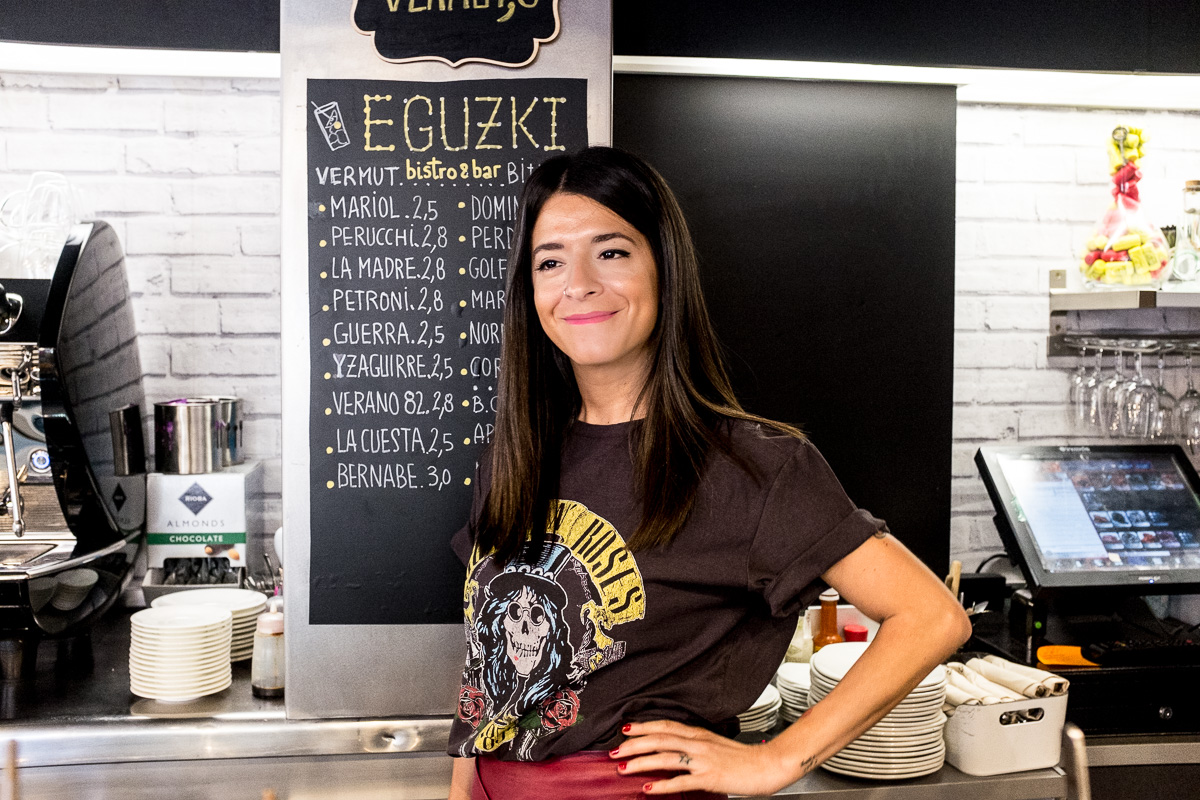