I have to admit that although I knew the word funicular, I had no idea what it was until I got to Bilbao. And oddly enough, I was only a few days away from seeing my second funicular. Here is the definition: “a cable railroad, especially one on a mountainside, in which ascending and descending cars are counterbalanced.” In Bilbao, the funicular is an almost vertical train with small attached “cars” that uses a cable to go up and down the mountain. Lots of visitors and tourists on it, but it’s also used by the locals to get to and from the part of town up top.

The Bilbao funicular starts in a tunnel where the riders wait for it to arrive, either up or down the hill. Everyone pays a normal subway fare, it’s not like the cable cars in San Francisco with their jacked-up rate. The tunnel has steps as the funicular is designed to follow the slope, with each car above the one before it. The steps are required to get into the cars.

All the internet sources say to ride the funicular on a sunny day so that the view of the city is clear. We went on a foggy, sometimes rainy day, and the hill the funicular climbs was dripping wet. At the top, the city was almost impossible to see, but the park was dream-like, with trees fading into the fog. The spectacular vista was missing but the atmosphere at the top was perfect. I would recommend a wet day unless you really want that city view. 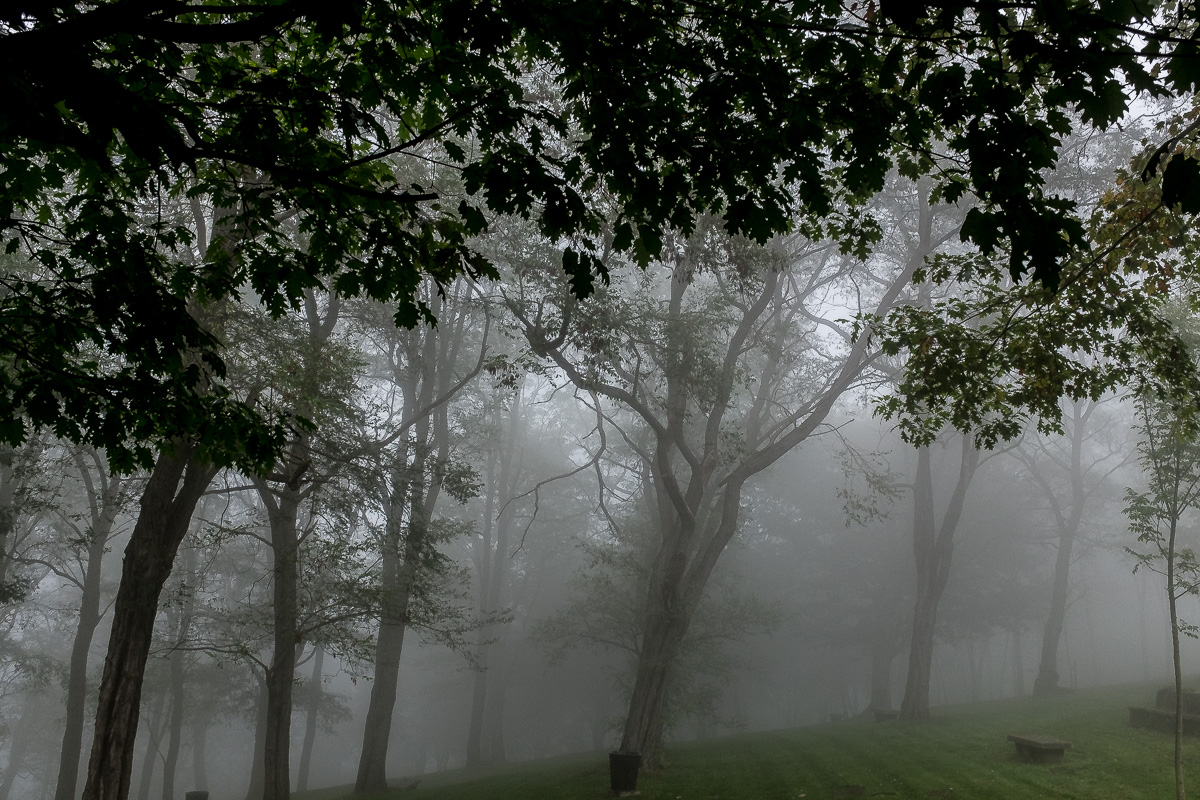