Barcelona is so gothic it has a Gothic Quarter, the old city with narrow, narrow streets and centuries old buildings. It’s easy to get lost as the streets twist in all directions and end abruptly and it becomes difficult to remember exactly what shop was on which street. 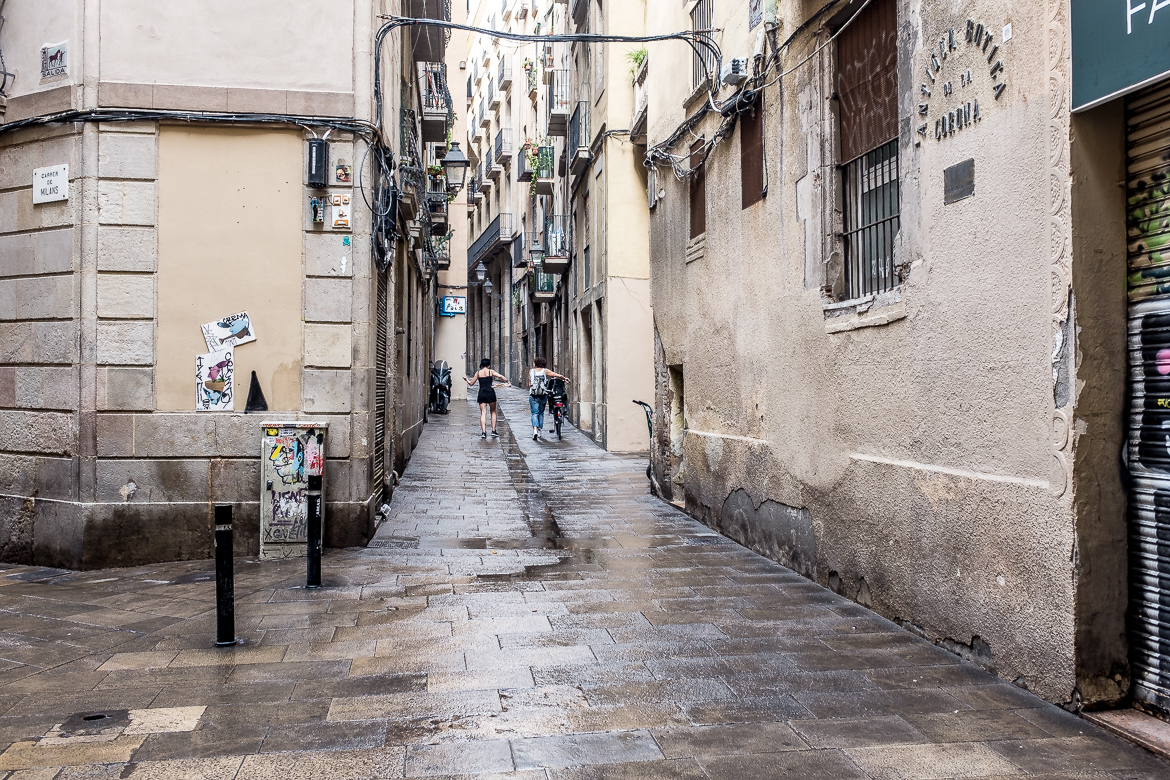 We met a baker in the Quarter, bought a muffin from her, and chatted. She doesn’t sell anything past the day it’s baked; instead, in the evening, she gives the food left in the shop to homeless people. That’s different from San Francisco; the homeless people in Spain are taken care of by the citizens and the state. It’s clean and doesn’t smell, anywhere. Interestingly, homeless people don’t steal from each other and it was common to see someone’s bedding and possessions rolled up in a corner when they were out foraging or using a bathroom. And the baker posed for a photo. 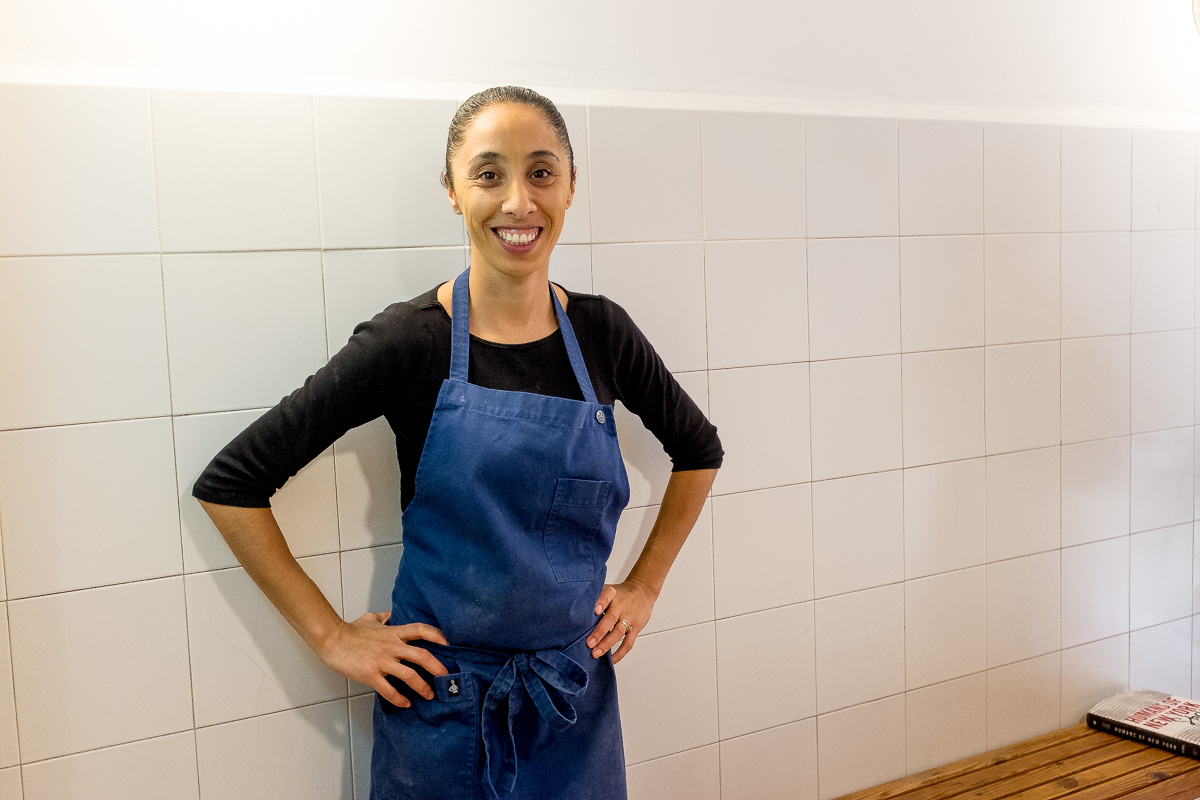 We also met an artist. He is part of a collective that does wall art, with permission from the city and the people in the neighborhood. 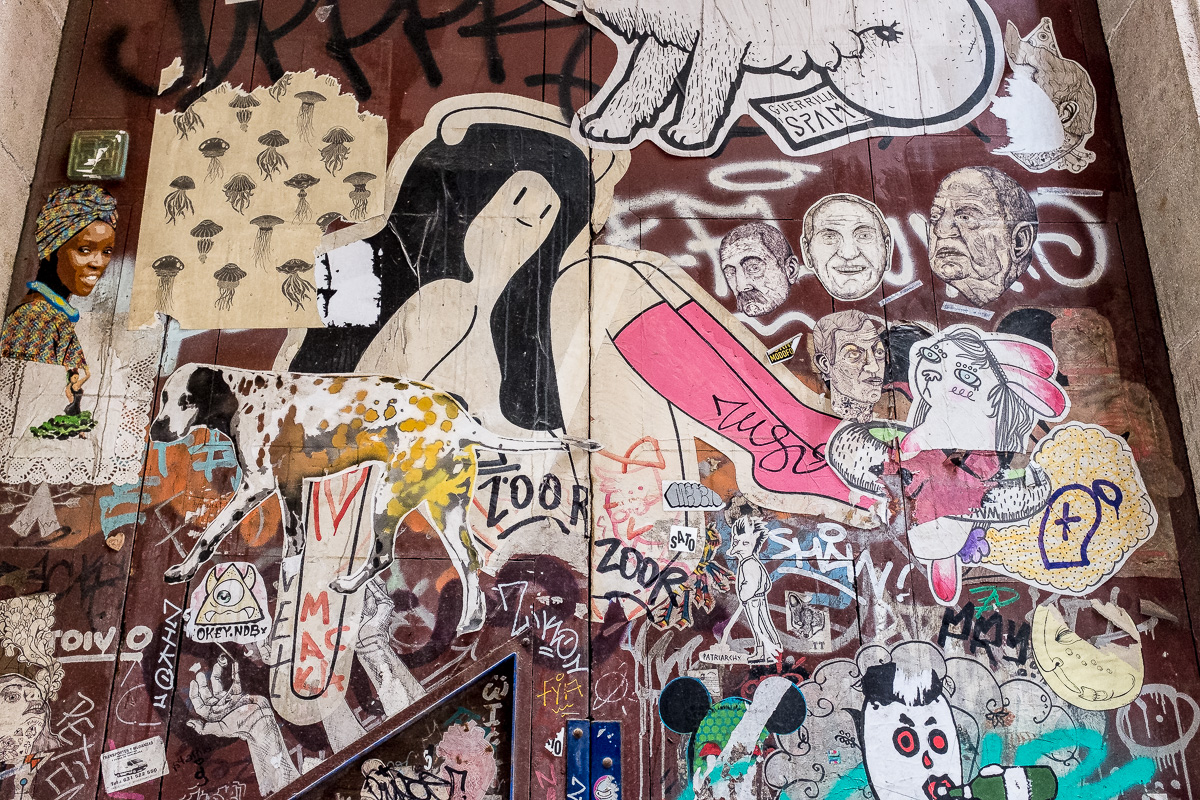 We spent time in the artist’s shop talking about what he did, about music, about the bags he makes, each one different, with his artwork embedded. It’s so easy to talk to people in Barcelona (when they speak English, not a given as the first language is Catalan and the second Spanish). Here he is with one of his wall works. 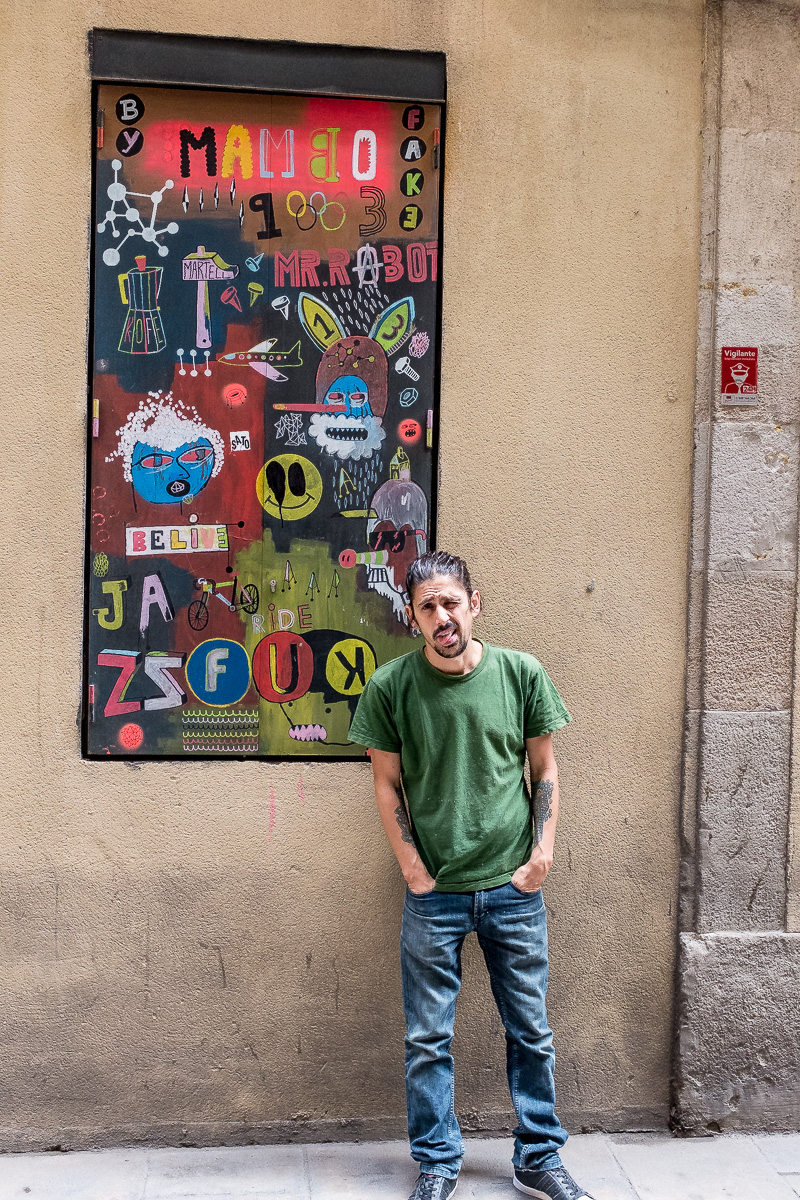