We walked to the train station to make a reservation for the train to our next stop, San Sebastián, another Basque city. When we got there, people told us the bus was faster and that we should skip the train as it was a local and stopped every five minutes. We did take their advice and had a very comfortable and very social bus ride. Visually, the train station was far more interesting than the bus station.

Seen from a bridge over the tracks, the exit from the train station was a chaotic mess of wires and tracks, reminiscent of scenes from Japan. 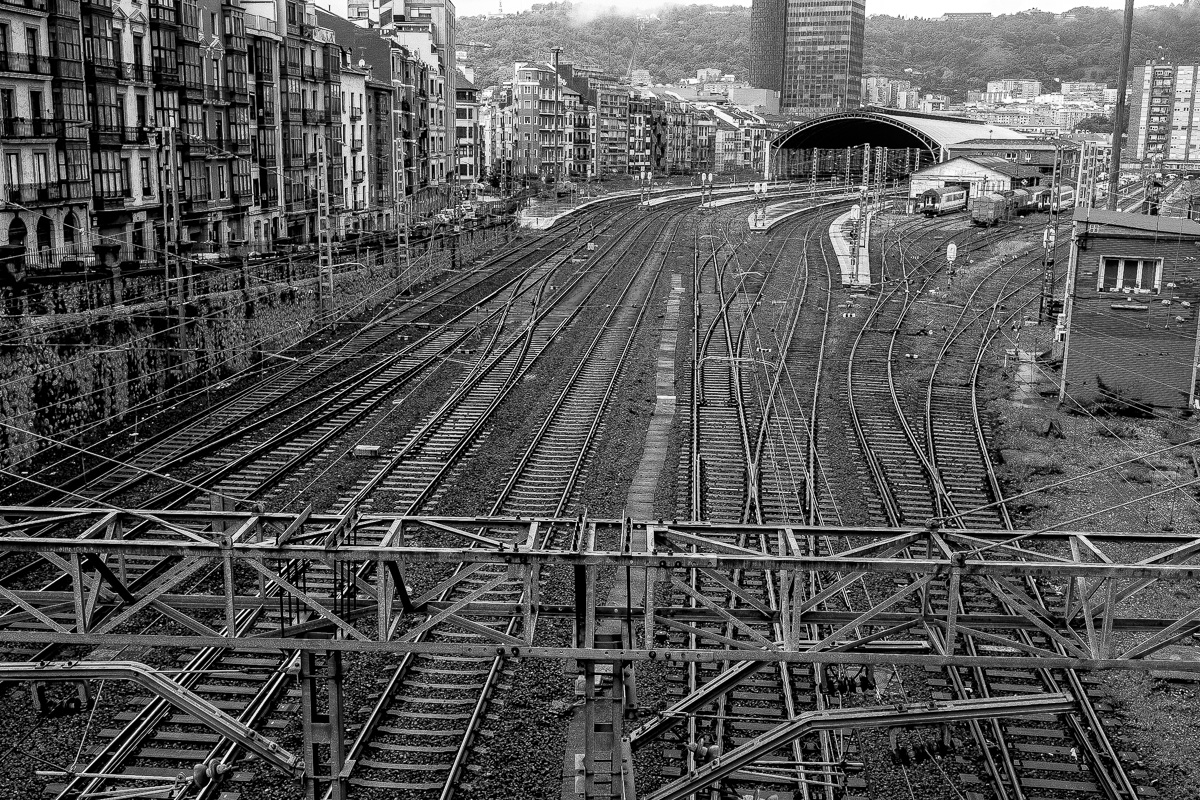 That evening we had a final walk through the city. It was easy to walk everywhere in Bilbao despite it being the third largest city in Spain. 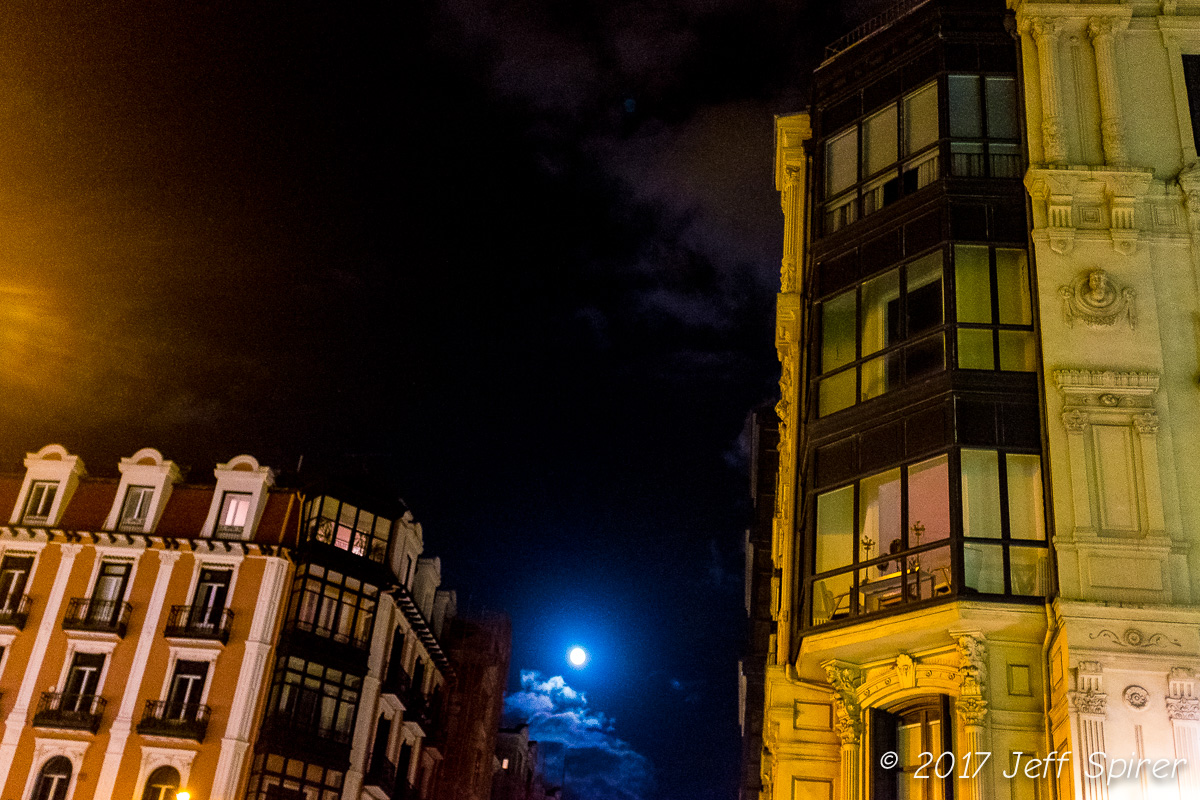