We arrived in Lisbon today. It was an unpleasant trip, two nights of redeyes with an entire day in Newark Airport’s dismal international terminal. At Lisbon airport, exhaustion and heavy rain ruled the day. We reached our apartment four hours after landing even though it was only a thirty minute drive in rush hour. Nobody needs the details on this.

The apartment was bigger than we thought and in a very nice neighborhood. In typical Portuguese fashion (we had been warned), the light fixtures and mirrors had been taken by the last tenants. This appears to be the norm. It just added to the list of things we need to do to make it livable. Getting a bed is more important right now. Other than that, it is quite nice although some of the systems are a bit arcane coming from America.

A little over half the day was spent setting up a bank account and getting internet and cell phones set up. The processes for foreigners that involve financial arrangements require huge amounts of documentation. Getting a cell phone/internet account set up required as much financial data as getting a small business loan in the US. It’s probably designed to avoid money laundering. On the positive side, the prices for the services are about 1/3 the US price with better performance. And the bank gives you a credit card without any type of credit check.

Everyone that knows me is probably wondering where the photos are. I didn’t start shooting until we went out in the evening, so here they are.

The sidewalks in Portugal resemble mosaics. They are very carefully laid in with putty-colored cut stone. Unfortunately, it’s a dying art as the cost is prohibitive in the modern world. 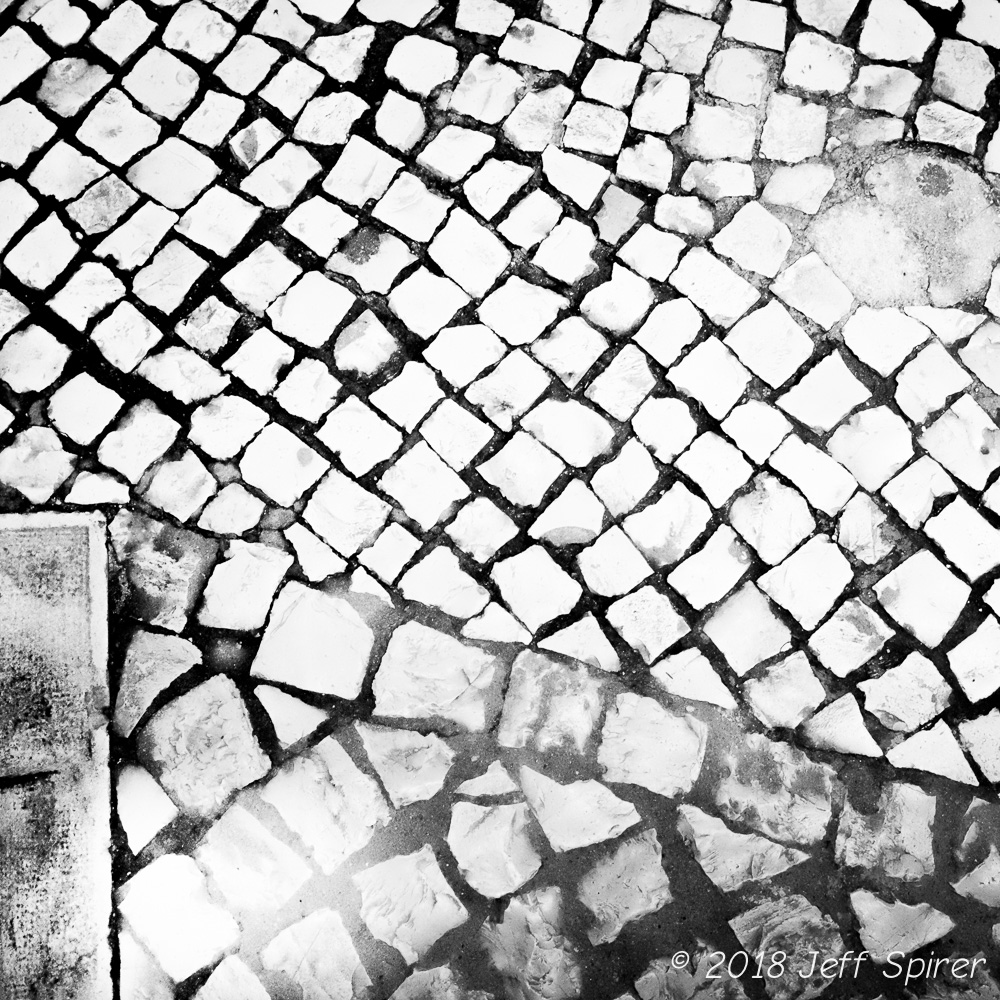 The other issue is that they lack functionality in the modern world. In past times, it didn’t matter if it took longer to get places, but even here, people have to walk without sliding down the street on wet stones or getting heels caught in the cracks. Sad, as the streets are like art here. 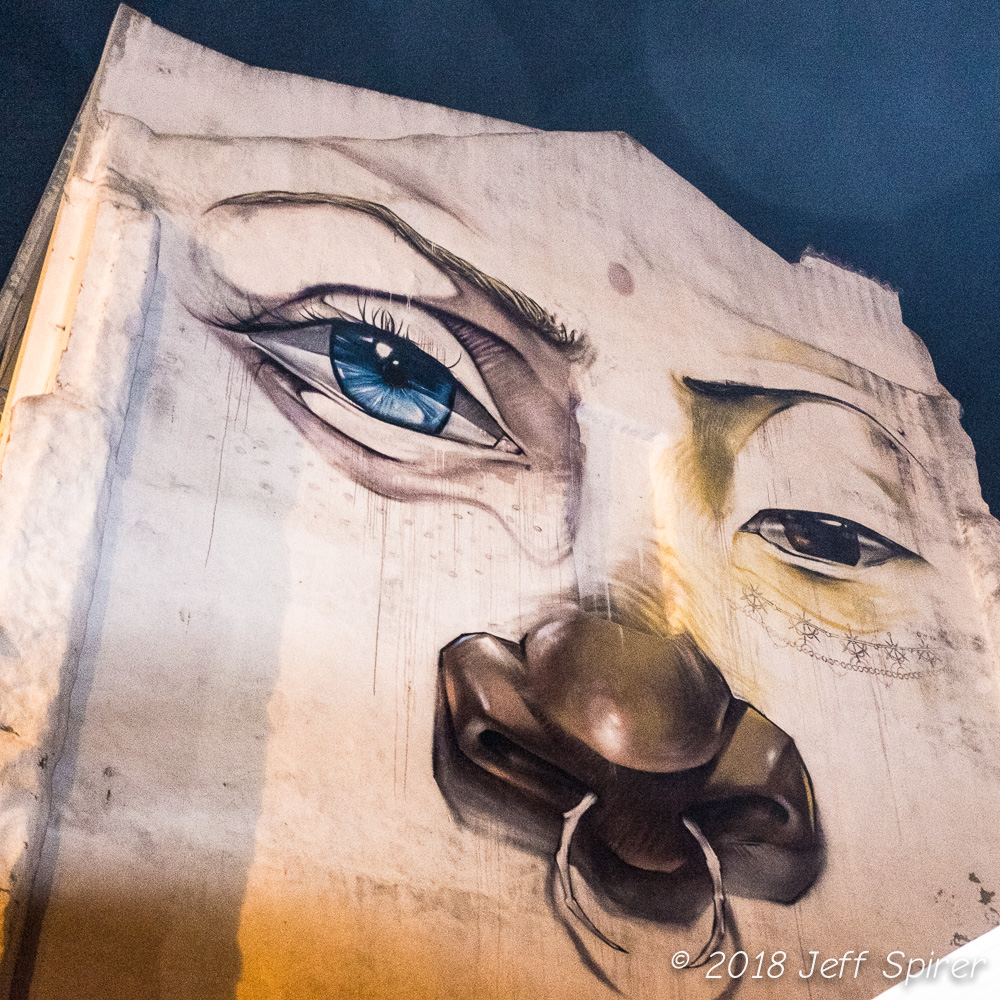 Public art is big in Europe, much as it has been in San Francisco. Buildings can be adorned with unusual and captivating images. At night especially, they can bring joy and doom to the city. 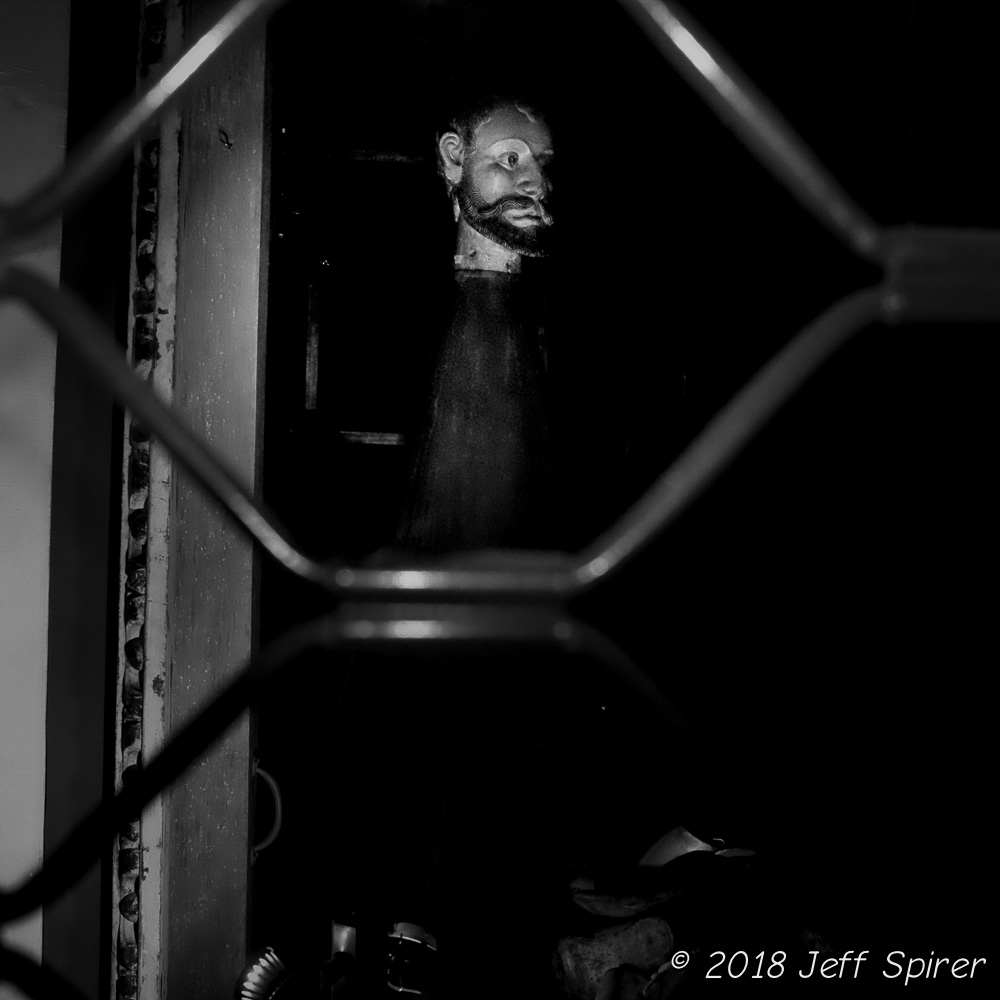 Window displays can also be artistic, especially in a creepy way rarely found in the States. Mannequins appear in strange places, positioned to frighten or just surprise. One of those oddities that the travel guides leave out.

The big surprise of the night was spending time with a couple fireman at their station, although station is hardly the word for it. The building was inviting with 16th century walls and tiling. Wandering in, a couple firemen came out and, probably lacking any action for the night, told us about the history of the station. Originally a convent, there is a pool and inside waterfall that you can hear when you get close. 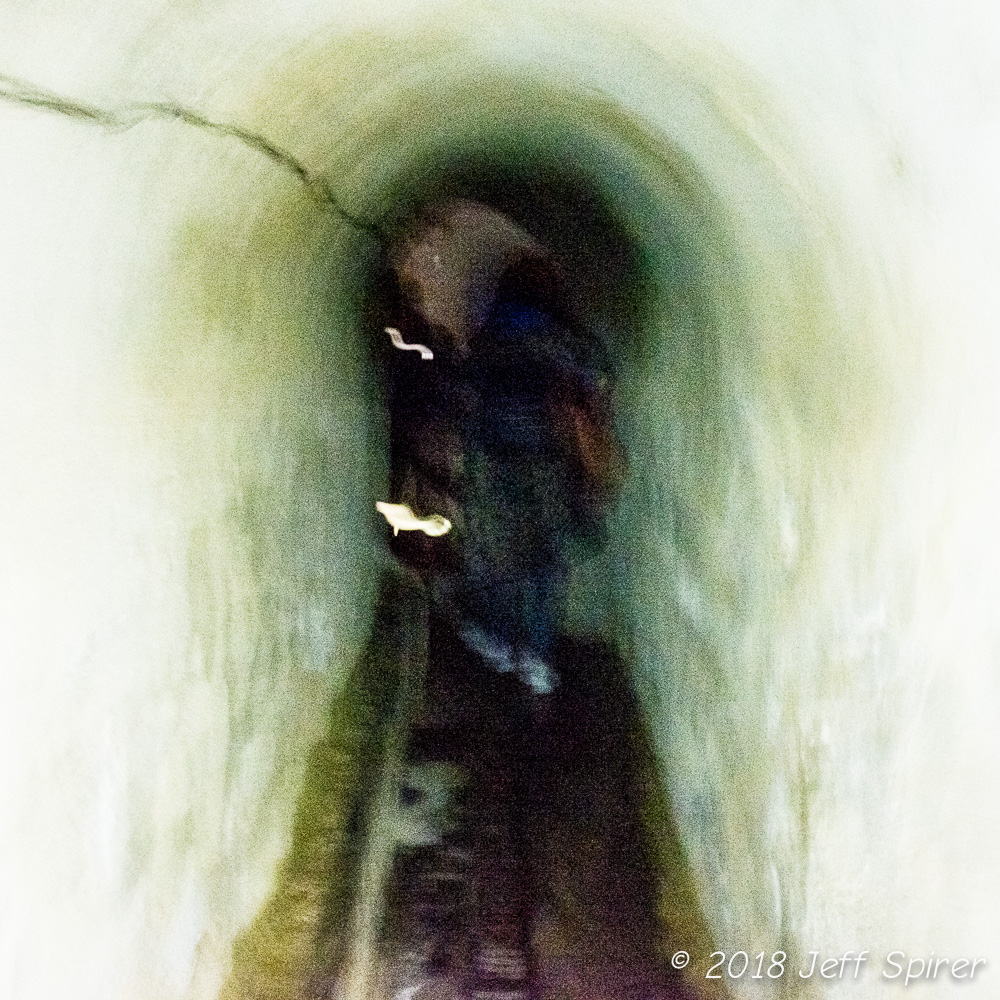 And there’s a tunnel that is long and dark, apparently used to smuggle people out at some time in the past. It wasn’t clear if it was the recent past or the distant past, but walking in a dark tunnel with the sound of water splashing down and only a cell phone for light was pretty creepy. 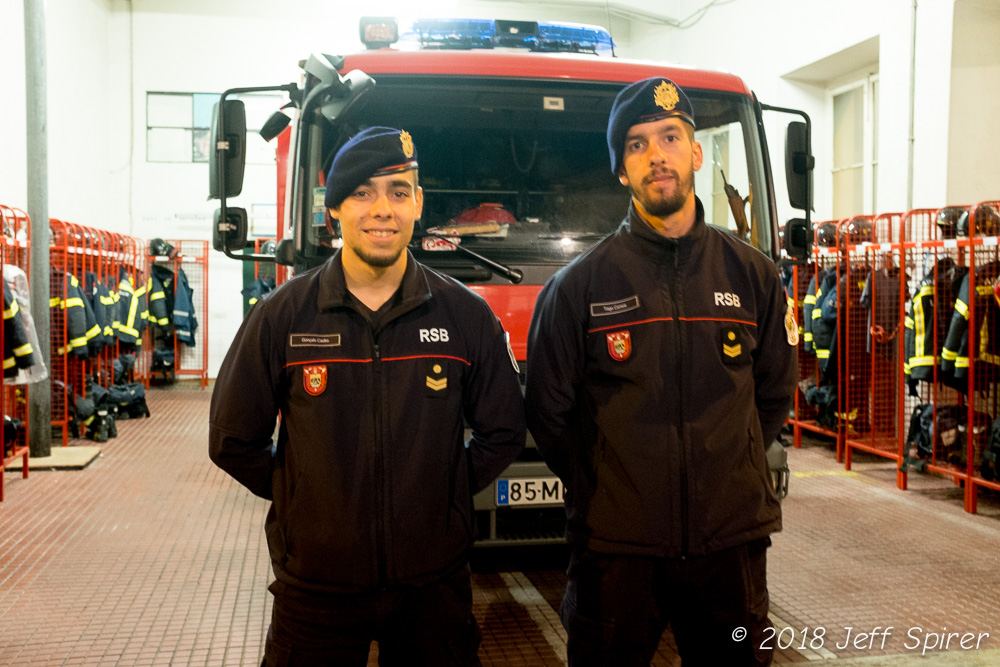 Of course I asked the firemen to pose.

Maybe more tomorrow, but we really need a mattress so we can move out of this hotel.