No rain and clear skies all day! It’s going to rain tomorrow but today was a good day for wandering the city. We took the bus out of our neighborhood and just started walking, probably five miles by the time we got home in the evening. Some nice parks (always called Jardims here), some alleys, and some touristy areas, although not intentionally. Of course the spot with the best view was covered in tourists and it took a while to get up front to take one of those sweeping vista photos. 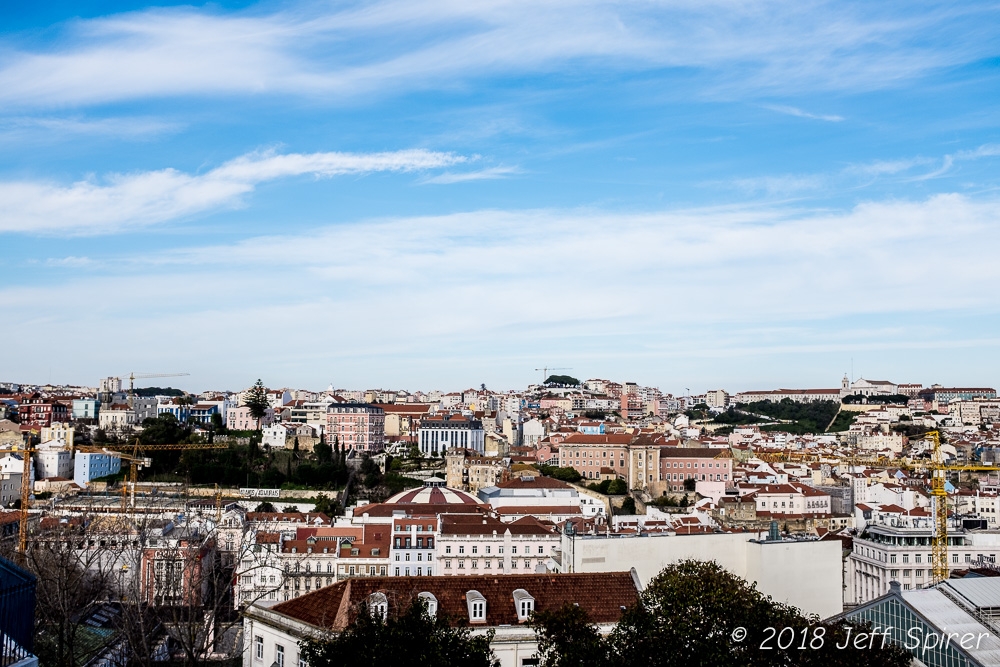 One thing I have always enjoyed doing is shooting into open windows and doorways. In France, this brought trouble, and someone’s housekeeper chased me down the street with a broom. I still can’t resist.

The alleys are always interesting although cars constantly intrude now. When I first came to Europe with a camera – Spain twenty years ago – there were far less cars and most of the time it was easy to avoid modern distractions. Can’t bring back the past though… 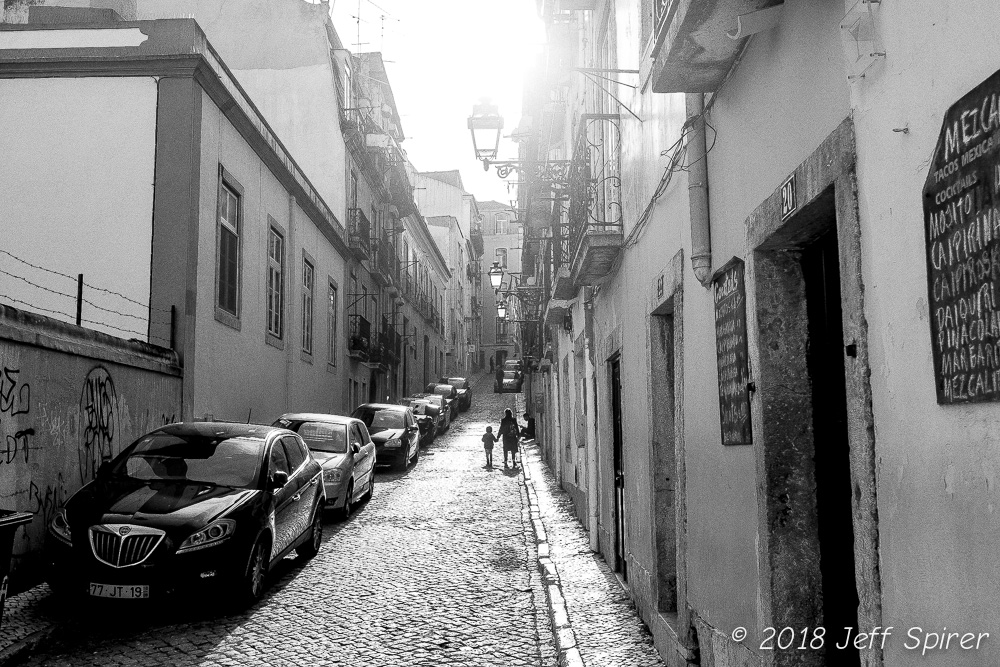 I’m sure I’ve said this before, there is food everywhere, and it’s often on display. Restaurants like to show how fresh their seafood is to entice customers.

Graffiti is as ubiquitous as seafood in Portugal. Almost every wall that isn’t privately owned has some graffiti on it. Interestingly, homes are left alone. Some walls often show their failure to restrain nature, and when that combines with graffiti, it demonstrates the collision of two worlds.

An old subterranean church had its door open so I wandered in and down. It felt abandoned, with nobody in it. I liked the light in the stairwell.

Tomorrow it will be raining and we have some household chores to get done. Maybe it will clear up a little on the weekend.