A Walk to The Valley

There’s an area close to our home I call “The Valley.” It is a valley, a fairly sudden drop from our rather high perch on a plateau at the top of one of Lisbon’s seven hills. And while it is a valley, I have no idea what it is called. It’s an area with much blight on the way into it, at the bottom, there is at least one farm, the roosters can be heard crowing. Numerous gardens, probably community gardens, can be seen looking down into the valley. Because the land is open, without too many streets, people plant vegetables and flowers. It’s a little early to tell what is growing without getting a lot closer. 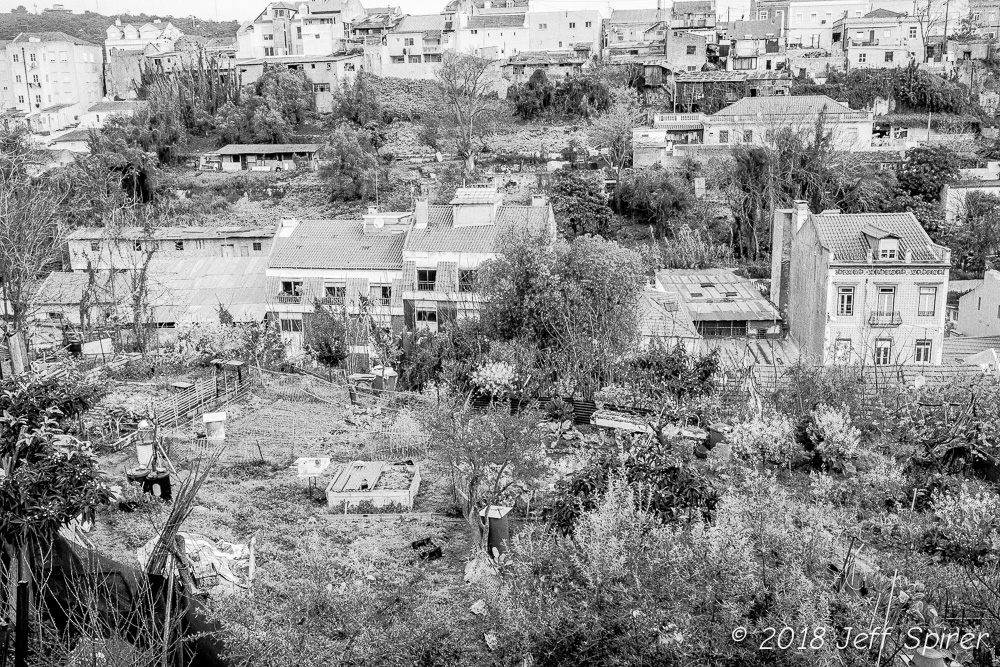 The buildings that aren’t showing signs of neglect are made of stucco, painted in the pastel colors so commonly seen in Lisbon. Full shades cover the windows early in the morning. Our home has shutters instead of shades; at night in Lisbon, everyone’s windows are completely covered, sometimes all day. 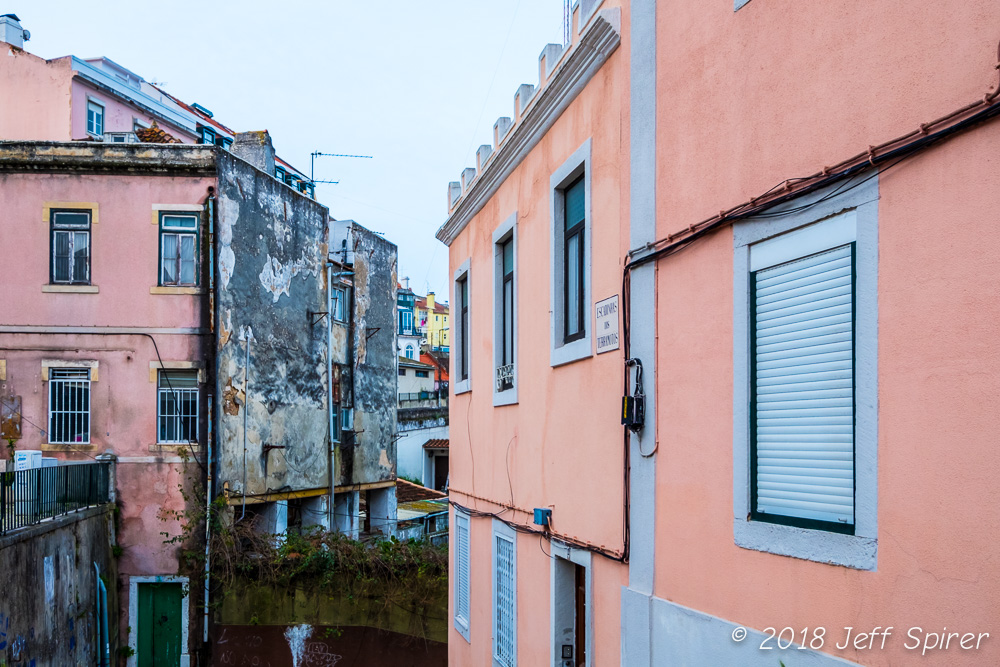 Sometimes a worn-out building shows signs of life. Someone obviously lives here and puts out their plants and hangs the laundry outside. Often these are icons of life inside; without them, it may be an empty building behind the façade. 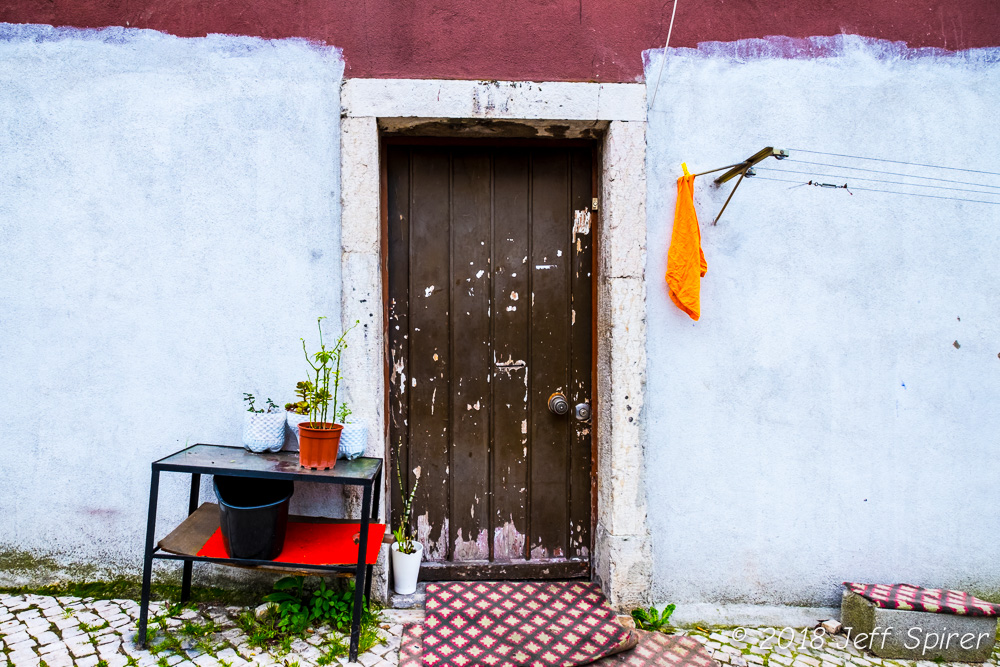 Occasionally there are structures that defy how we think of living. The rooms on the end of this building must be strange indeed, definitely not big enough to include more than a single bed, maybe just a child’s bed. They could just be sitting rooms. 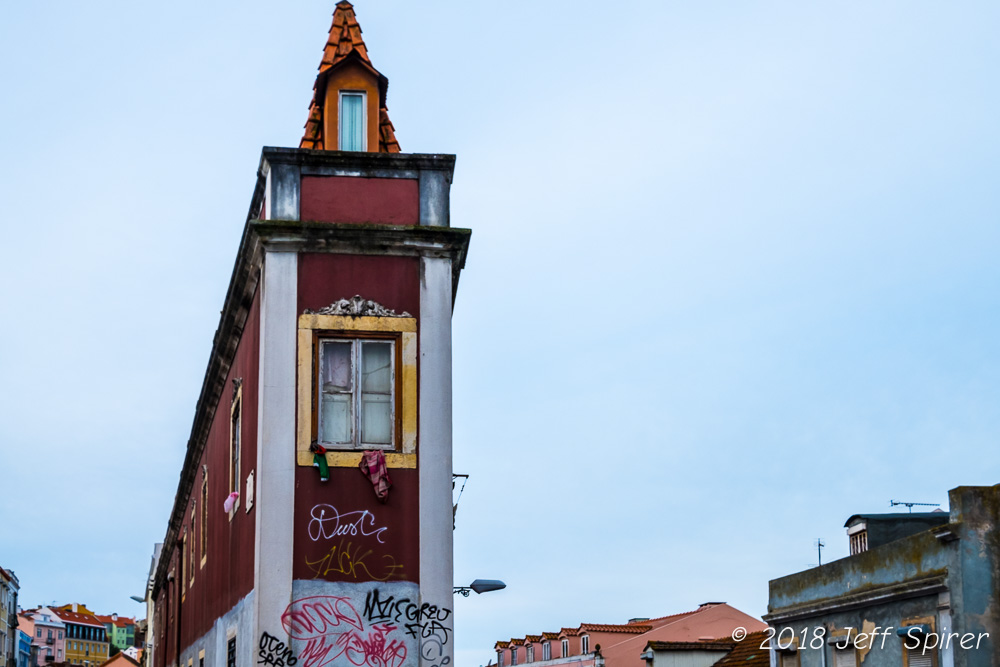 Some homes are clearly abandoned. It would be difficult to live in this one, and the bricked up windows and doors prevent squatting. 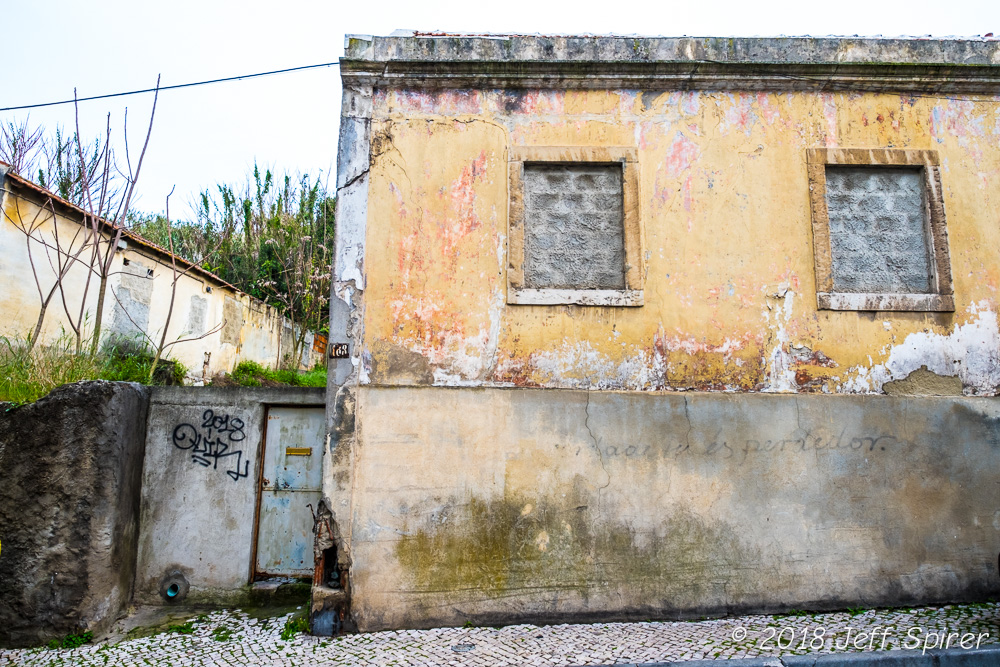 Of course there’s graffiti. Although one would expect everything in this area to be covered with wall art, it’s not. There is still respect for the buildings that people live in, and that combined with the rough surfaces of decaying structures makes tagging more difficult. Sometimes it’s just funny. 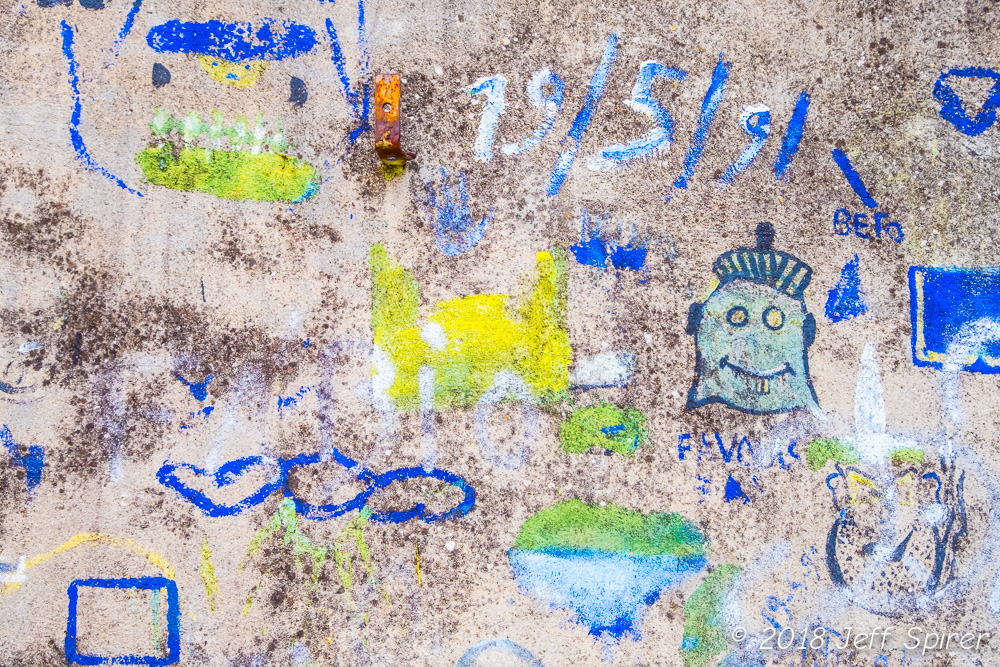 On the way home, probably about half a mile of uphill walk, I find a way to give a broad view without trying another handheld panorama. It’s similar to where we live, with buildings in decent, if not exceptional, condition. Next time out, I’m going to try to get down to the farm, or maybe farms, and see what I can discover. 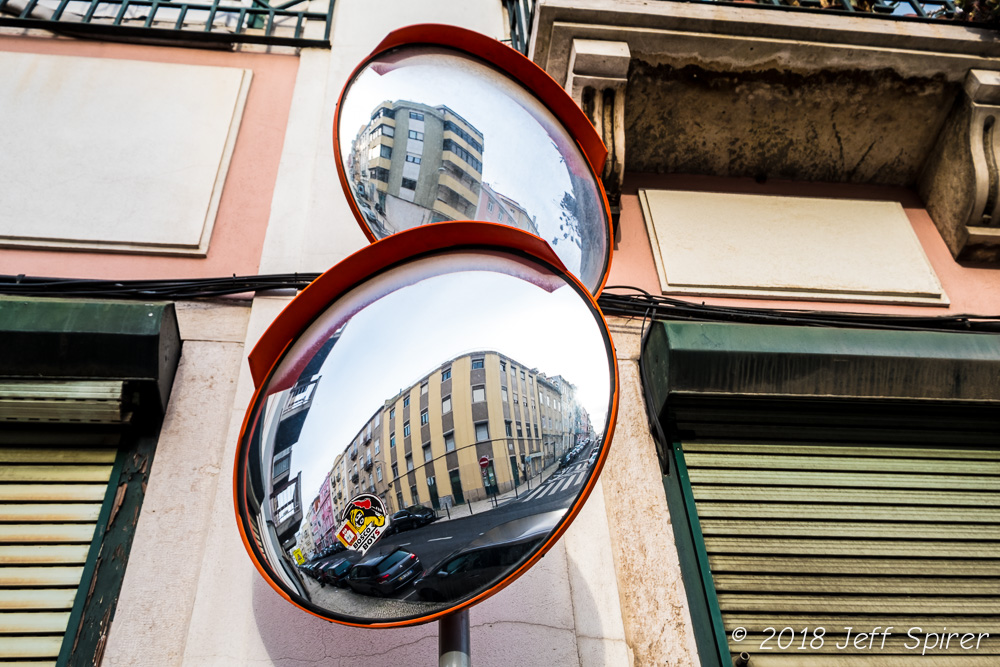