Europe’s largest aquarium or oceanarium, depending on what word you prefer, is also renowned as one of the best in the world. Typical of Portugal, the building itself is an architectural spectacle, with huge effort put into appearance and experience. Crowds enter through a long suspended walkway as if they were boarding a ship. 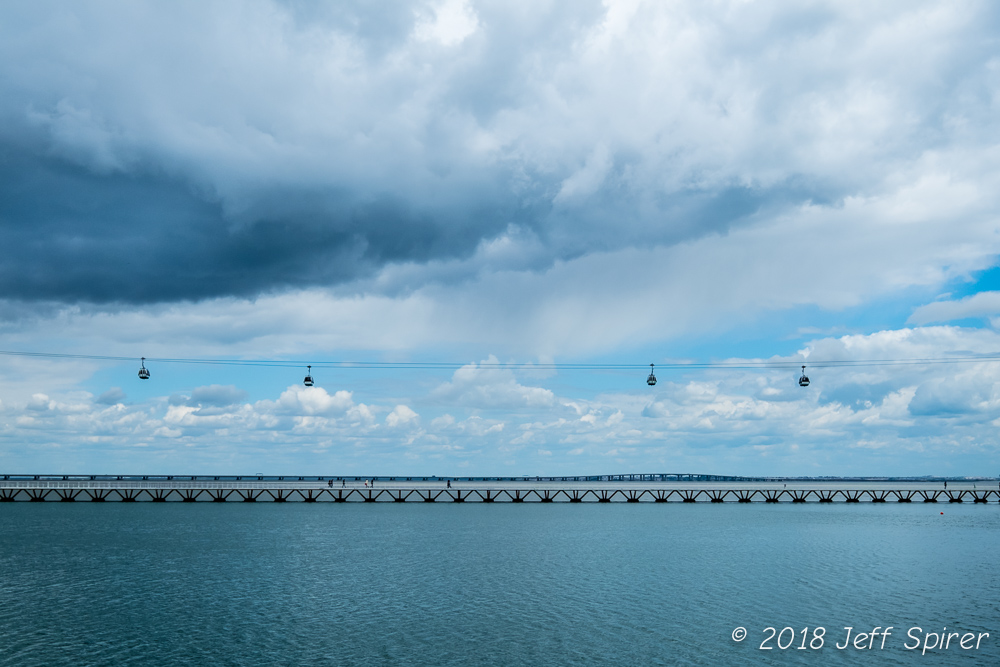 Even before reaching the oceanarium itself, the Gondola Lift Lisbon, which carries cabins of eight people on a 1200 meter ride 30 meters in the air, adds to the anticipation. The lift contributes to the feeling of otherworldliness of this seaside strip. There’s also a walkway underneath. 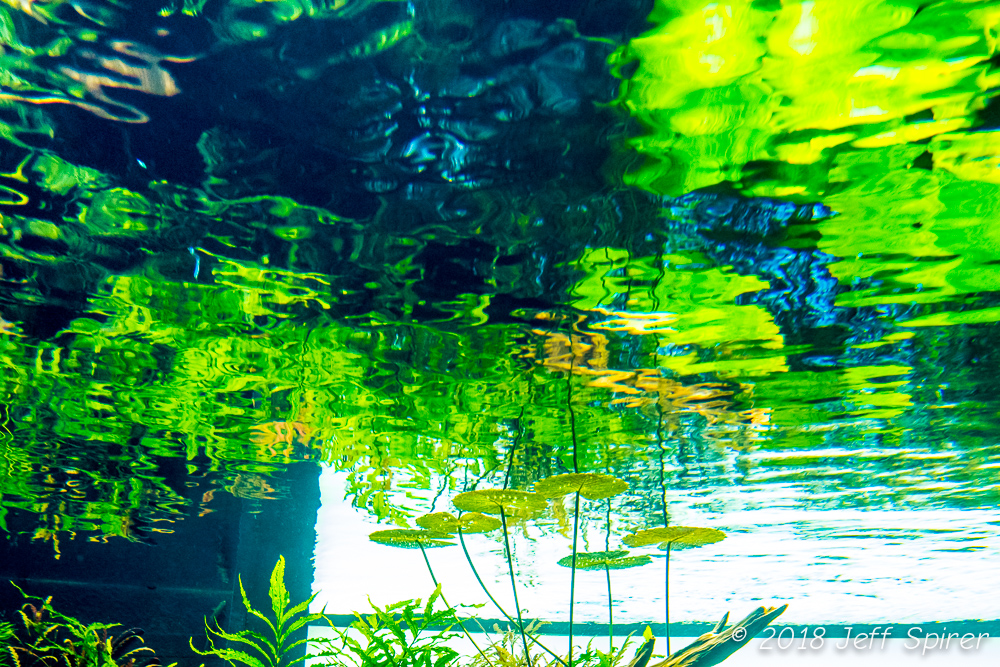 A temporary exhibition, “Submerged Forests by Takashi Amano,” was the start of our visit. The exhibition presents Amano’s take on the underwater forests found in the ocean. It’s an interpretation and it’s quite beautiful. Click here for a video about how Takashi Amono built his underwater forests. 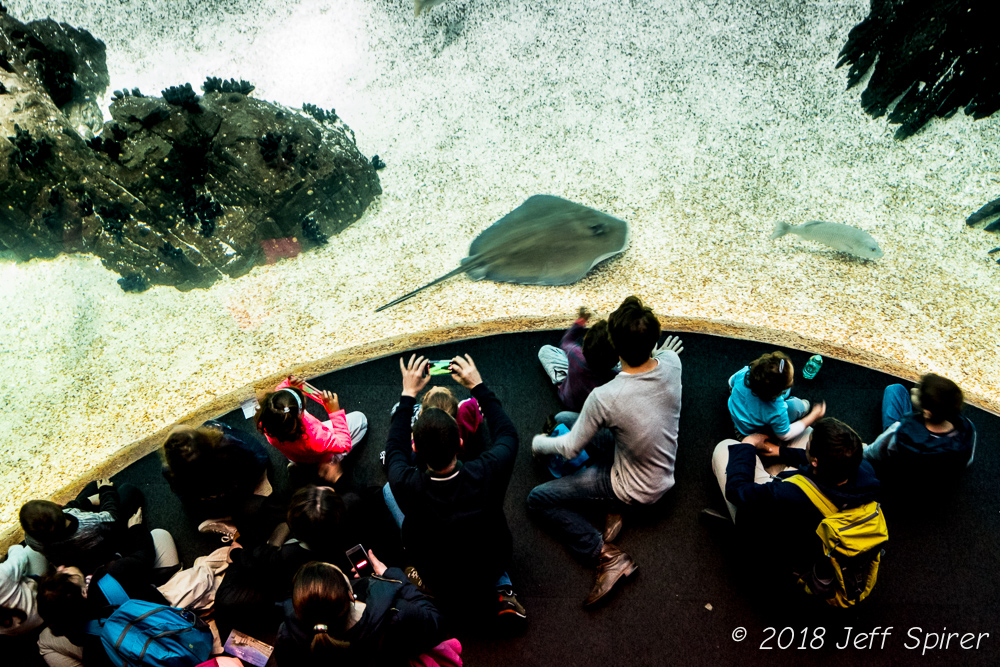 Once in the main exhibit area, a huge tank holds a wide variety of fish. The manta rays, some looking just huge, and the sharks are the first to grab attention, but there is a wide variety of fish large and small in the tank. Viewing can be done on two levels and little windows into various segments of the tank occur regularly while wandering through other exhibits. 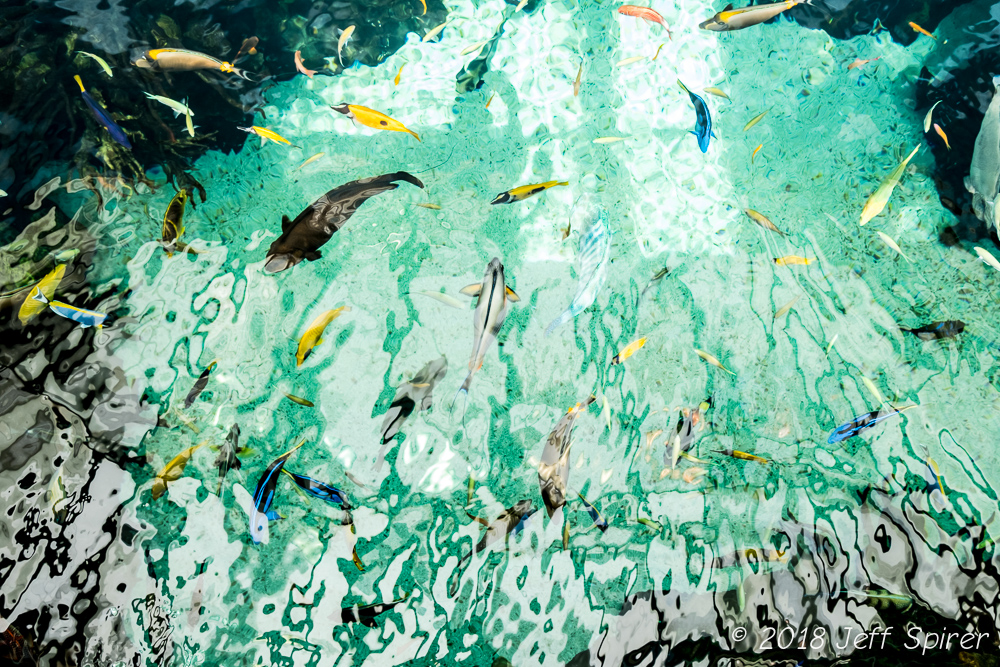 Looked at as a tableau instead of fish, it’s fun to find scenes resembling abstract art. The bright colors, the variety of shapes and sizes, and the clusters of sea life could be hung on a wall at an art museum. 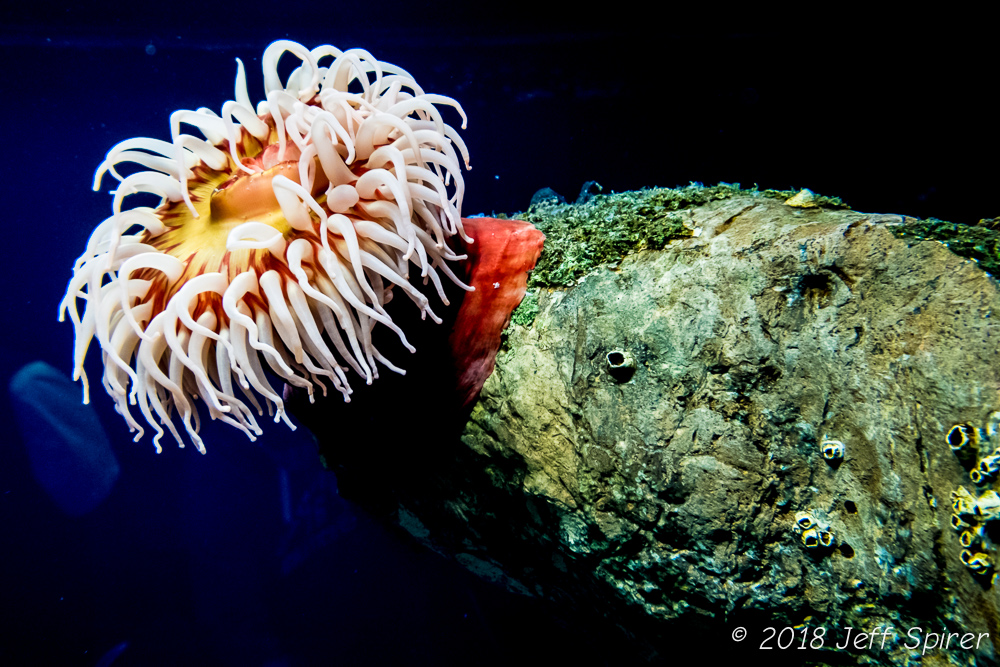 And the unreality of underwater scenes can be stunning. Salvador Dali would have been pleased to have painted something like this. 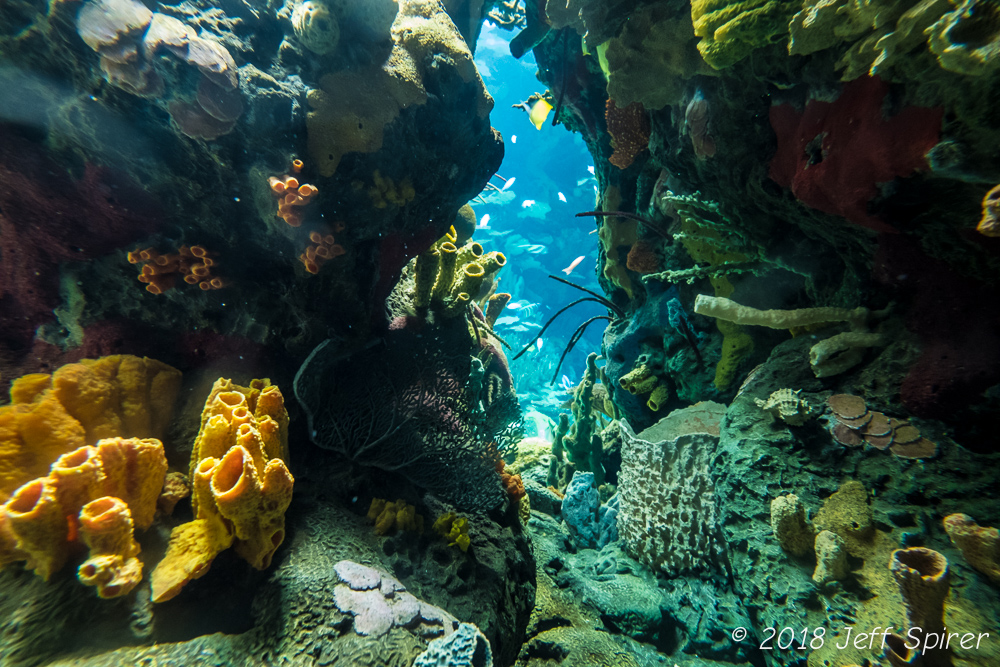 It’s a photographer’s paradise, to be honest, it’s not that difficult to snap away and get some amazing results. The exhibits are so well-executed that there’s an opportunity around every bend. The colors, the shapes, the strangeness of seeing the bottom of the “ocean,” these all contribute to that surreal feeling. 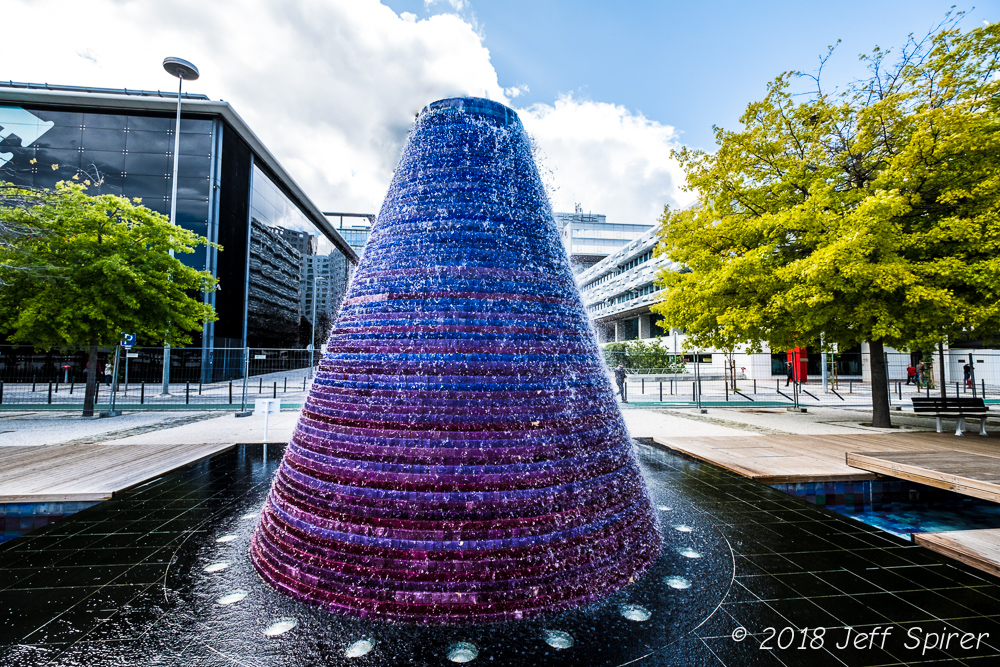 Even after leaving, walking across to the mall where the subway station is located, there is a sense of Lisbon’s design. Lisbon truly embraces the modern along with its antiquity, and this odd fountain is typical of the kind of modern sensibility found everywhere, even in the subway stations.

A tip for photographing in aquariums: if you are using a camera, put the lens against the glass, with a phone, get the phone up close to the glass, it will eliminate reflections and defocus dirt on the glass and give much clearer photos.