Away From the Crowds in Ajuda

Just a mile walk from the Jerónimos Monastery lies the Palácio Nacional de Ajuda, a home for the monarchy built in fits and starts for about 60 years starting at the beginning of the 19th century. It’s now a museum, one that oddly attracts few visitors. On a day when the Jerónimos Monastery, just a mile away, had long lines of tourists standing in sweltering heat, the Palácio had a dozen visitors, mostly Portuguese, despite being spectacular as both architecture and a museum. It’s definitely worth the walk up the hill from the Monastery, or a tram ride if the uphill walk is challenging. 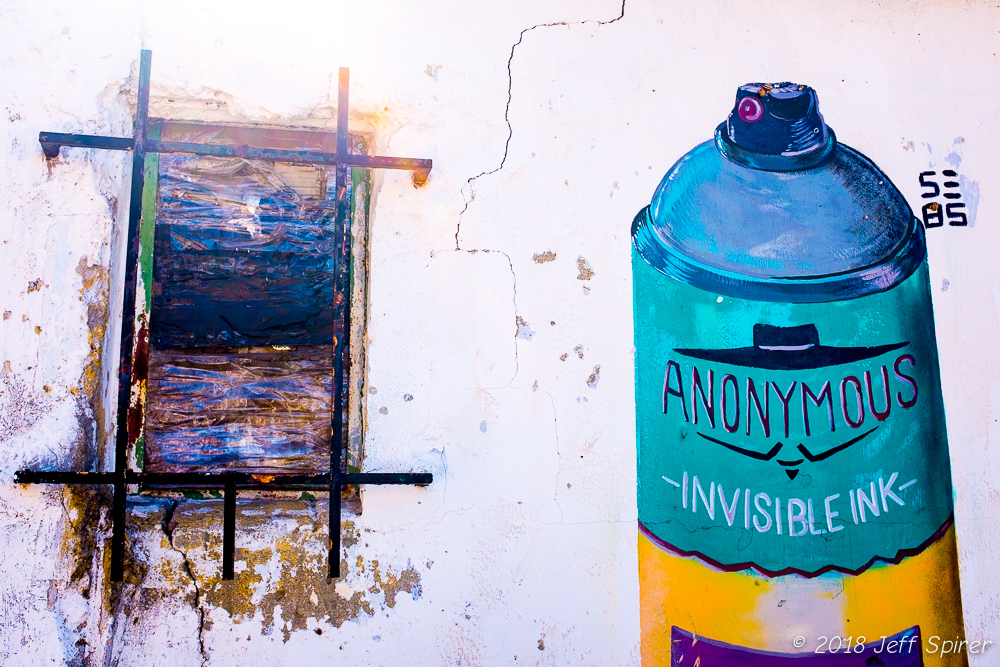 Ajuda, the home of the palace, is a district of Lisbon that is far enough outside that feels both old and suburban simultaneously. It does have multiple bus lines and trams to connect it to the rest of Lisbon but it still has a calm and quiet feel. The streets on weekdays are almost empty. As always, there was interesting street art, this time in a small house in a field that appeared to be occupied by squatters. 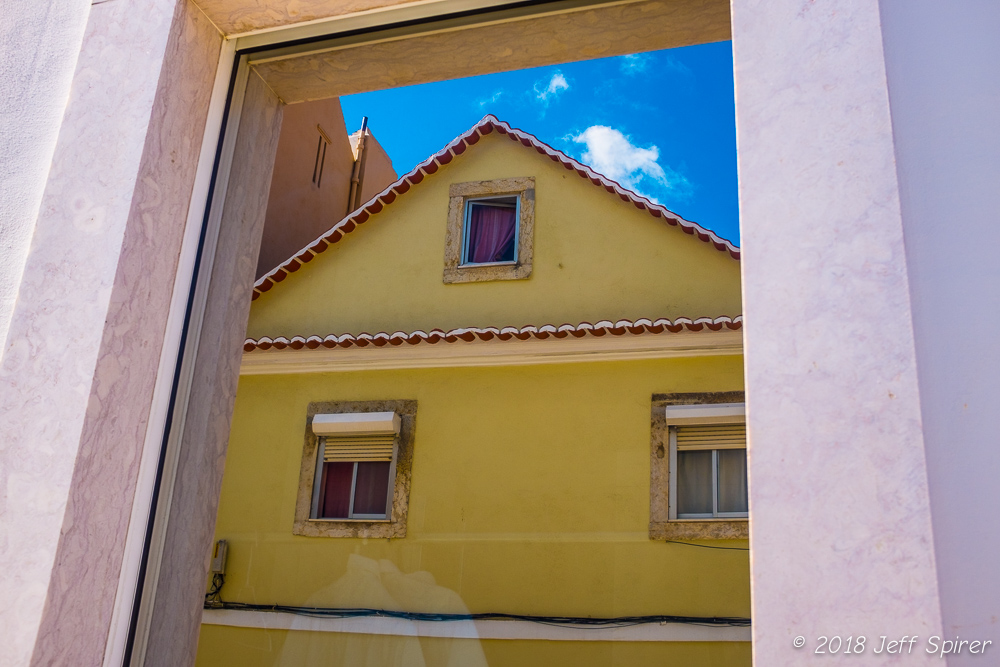 Of course there are more “classic” Portugal buildings. Despite the somewhat suburban feel, it is still Lisbon. 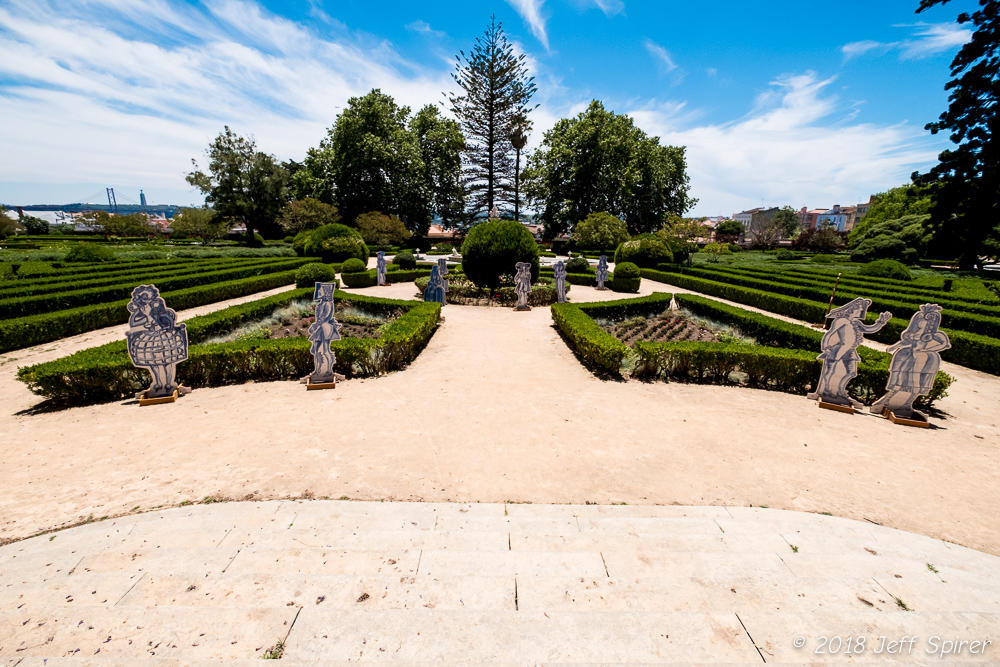 Ajuda is also home to the Jardín Botánico de Ajuda, a large garden beautifully laid out with a diverse collection of vegetation. For some reason, there are a number of figures carefully created with tile that stand at one point in the garden. 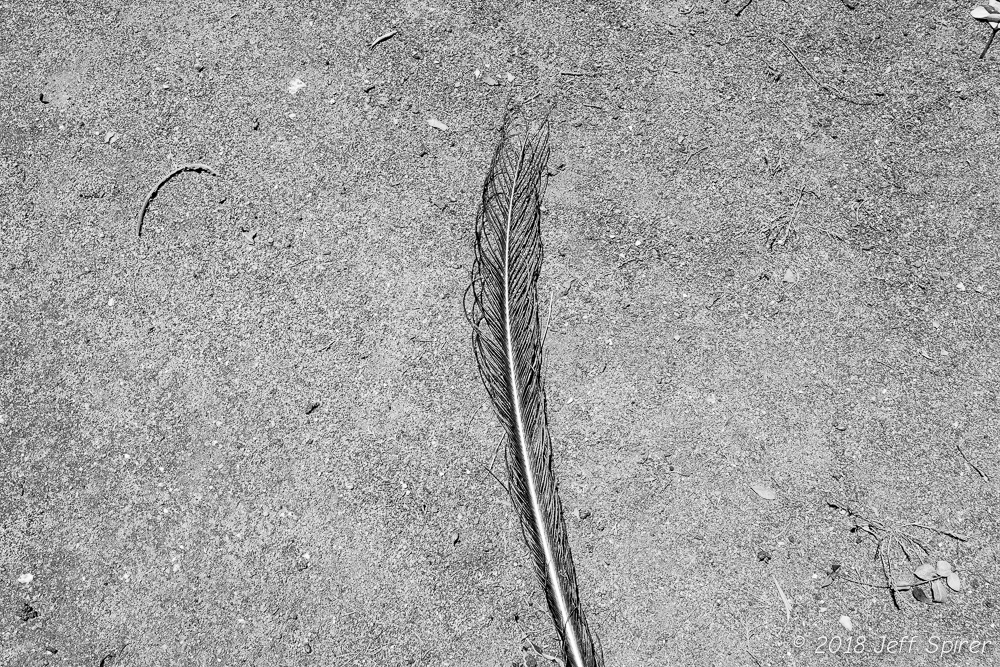 There are peacocks living the in the garden. We saw one male peacock and two females with chicks. The caretaker feeds the peacocks and the chicks. The male was rather reluctant to be photographed and refused to sign a release, so here is a feather he dropped. 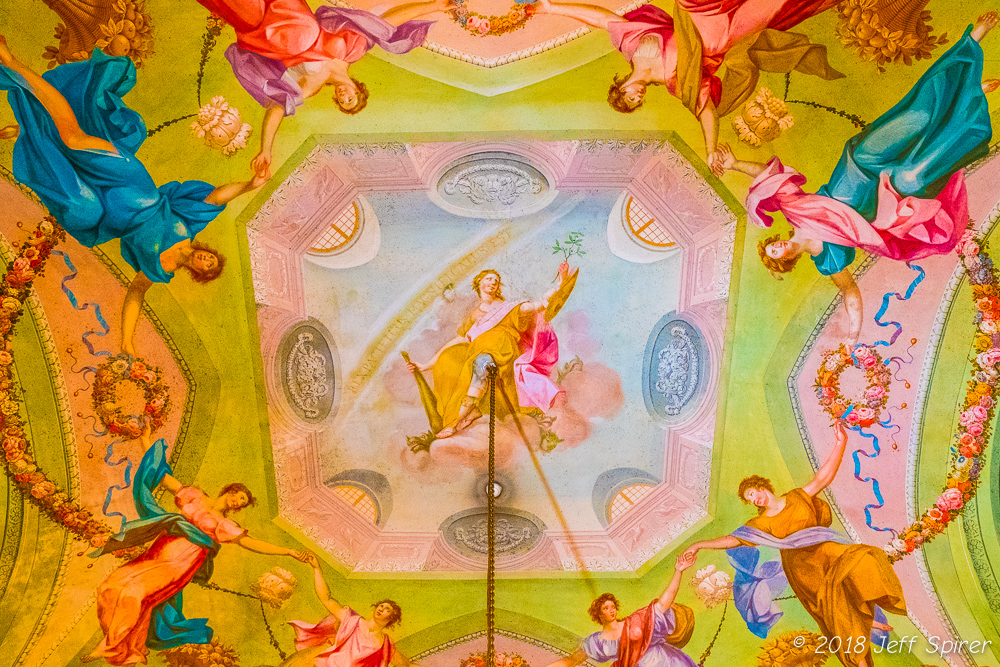 And then there is the Palace. There is ongoing work that will result in more museum space and the exterior is currently under renovation. Inside, the palace is a large number of rooms that flow from one to another, all with spectacular (and different) ceilings. 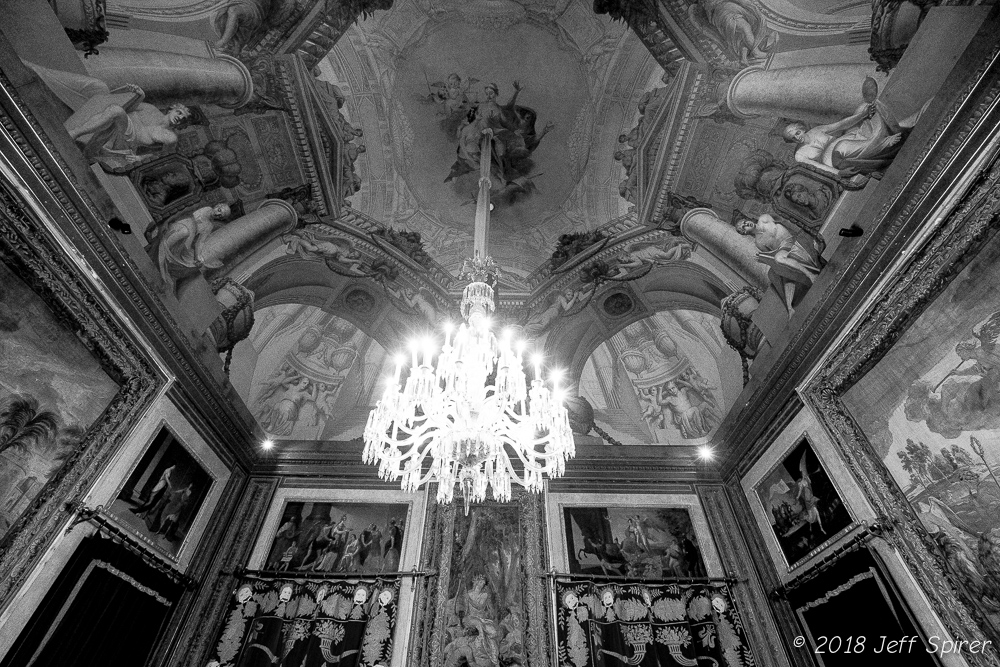 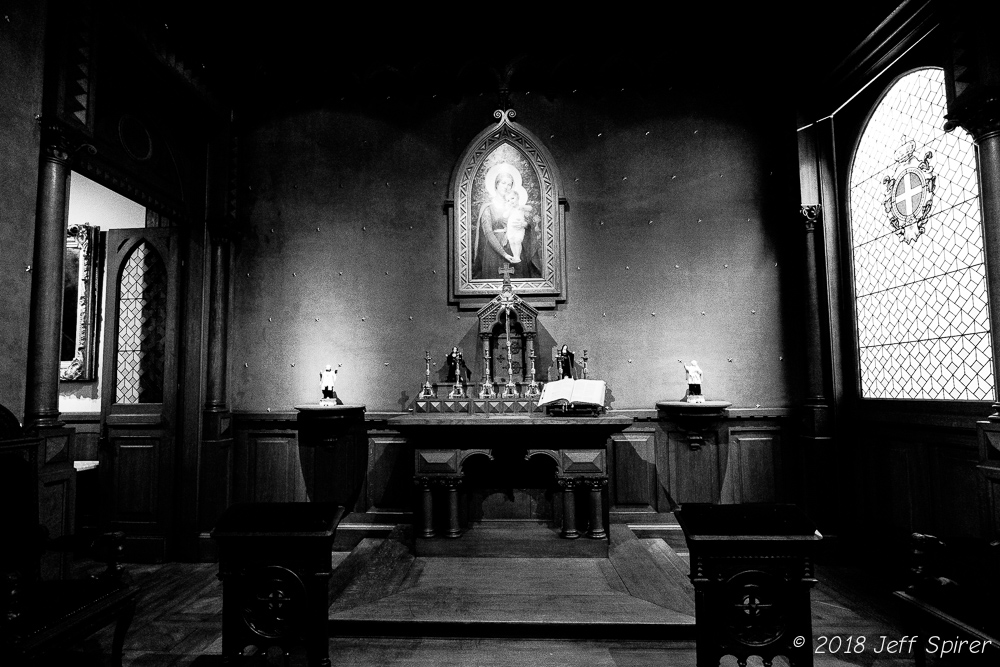 The Palace has its own chapel, no surprise although there is a church that probably dates back to the same era a few blocks away. This chapel is a bit more intimate. 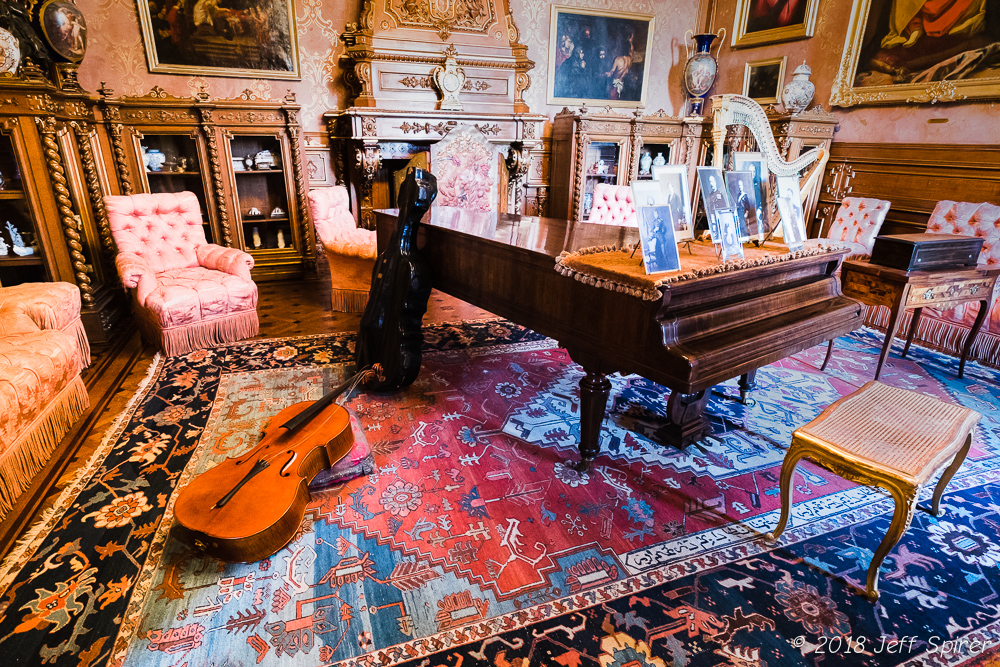 And there’s a music room! This was the first time I had seen a room specifically for music in any of these historical buildings. 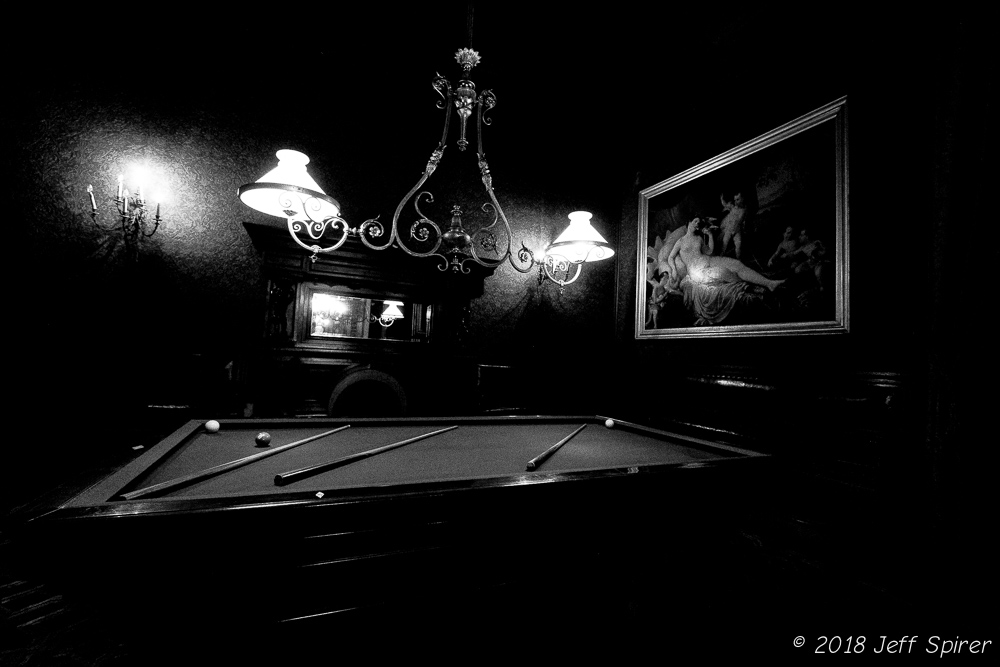 And a pool room too! This palace was probably fun to visit. 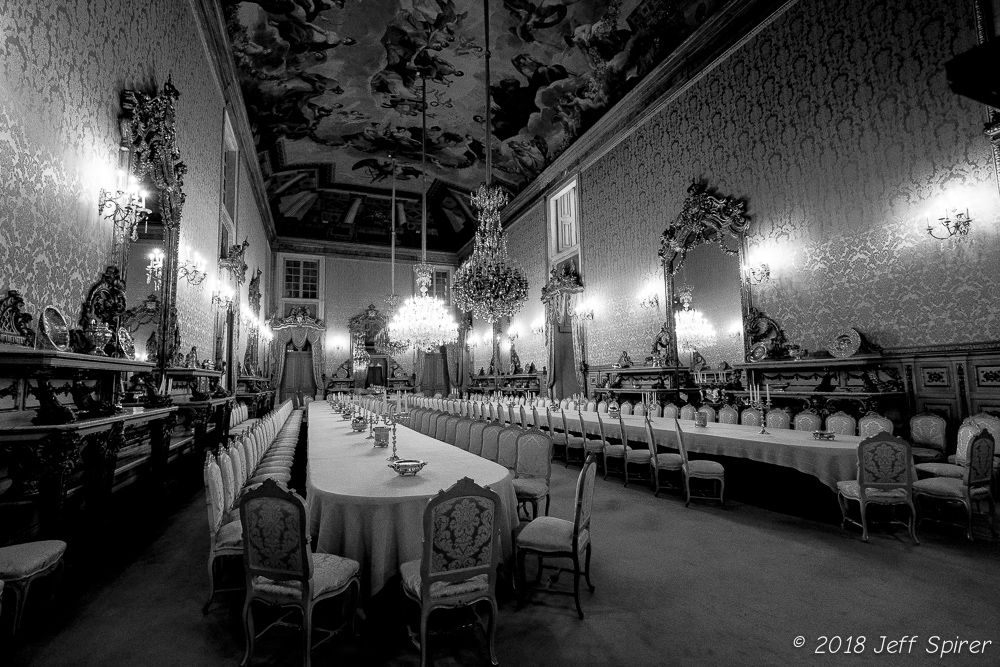 When the music and pool games end, you can feed your 180 closest friends. The Palace is really worth seeing, especially if you are going to the Monastery or out for the pasteis in Belém. Just walk up the hill!