Évora, the Medieval Village in the Heart of Wine Country

Looking out the train window en route to Évora, grape vines and olive trees increasingly dominate the landscape. The vines are gnarled and planted too close together for machine harvesting, an indication of the age of planting and more traditional methods. Alentejo is a huge agricultural region and produces much of the world’s cork in addition to wine, olives, and other agricultural products. At night, the Alentejo viewed from Évora is a peaceful landscape. 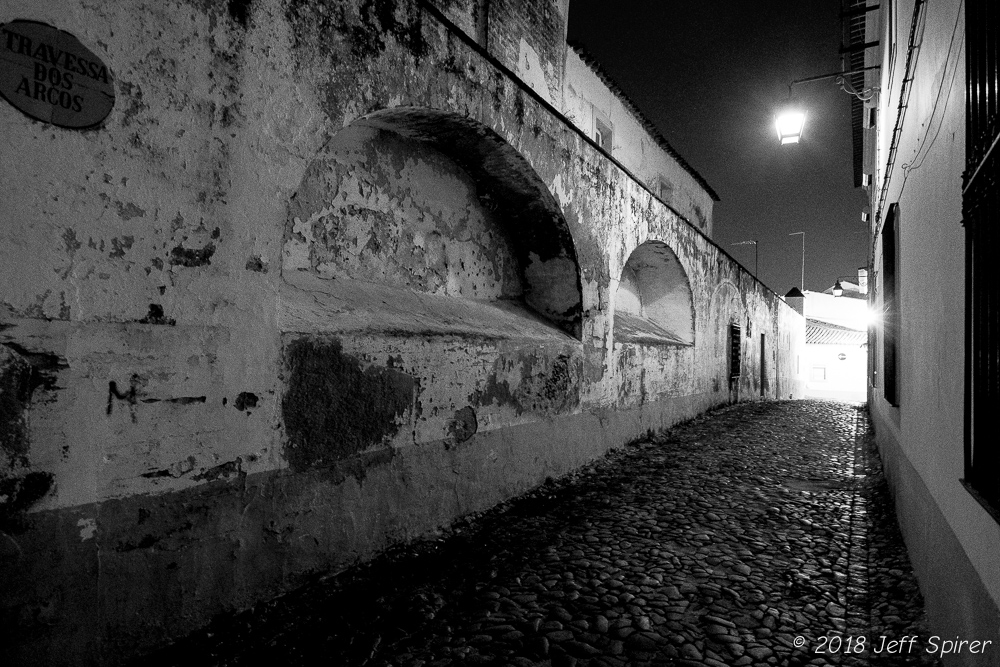 Évora probably started around 5000 years ago but it was the Roman conquest around 60BC that characterizes the early days of the city. The Romans built a wall around the city and its tiny alleys. Plazas dot the walled city along with some interesting ruins. Although cars drive down the streets wide enough for them, everything moves at a slow pace. It’s not just the streets, it’s the intense heat that sends everyone to the shady side of the street walking through the city. 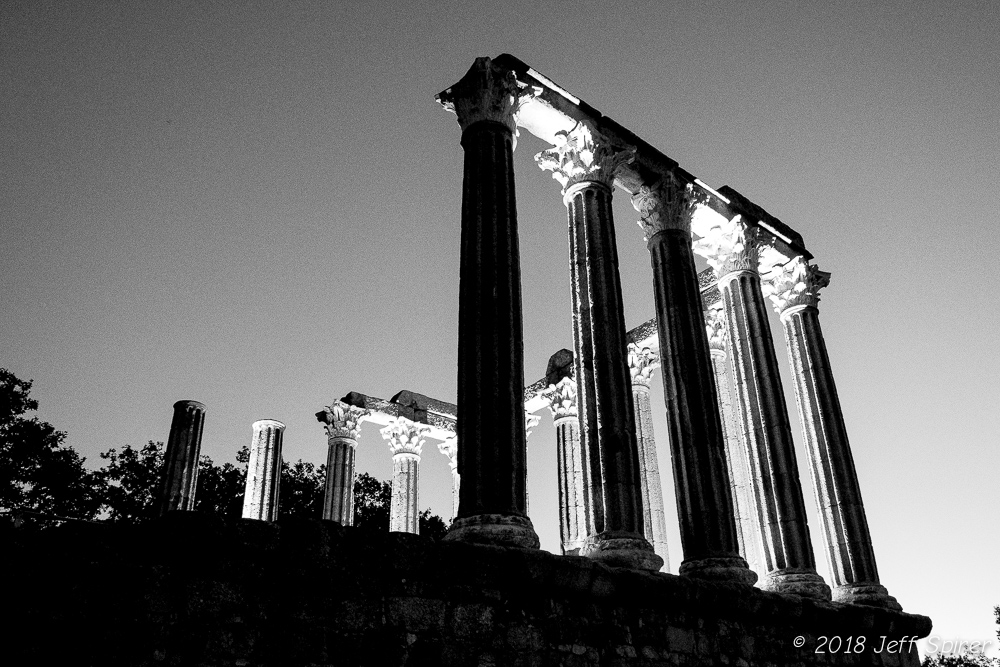 In addition to the wall, there are two sites that recall the Romans. There is a Roman temple, which appears in every tourist guide to the city, with good reason. It stands high up, alongside an area for viewing the city. At night, lights make it stand out even more than in the daytime.

The other Roman site in Évora is the Roman baths inside City Hall. Unlike the temple, the baths are a recent discovery, buried for many years. They were found during excavation under City Hall and are nicely preserved. To see them, it’s necessary to go into City Hall, then they have their own area with a viewing balcony. 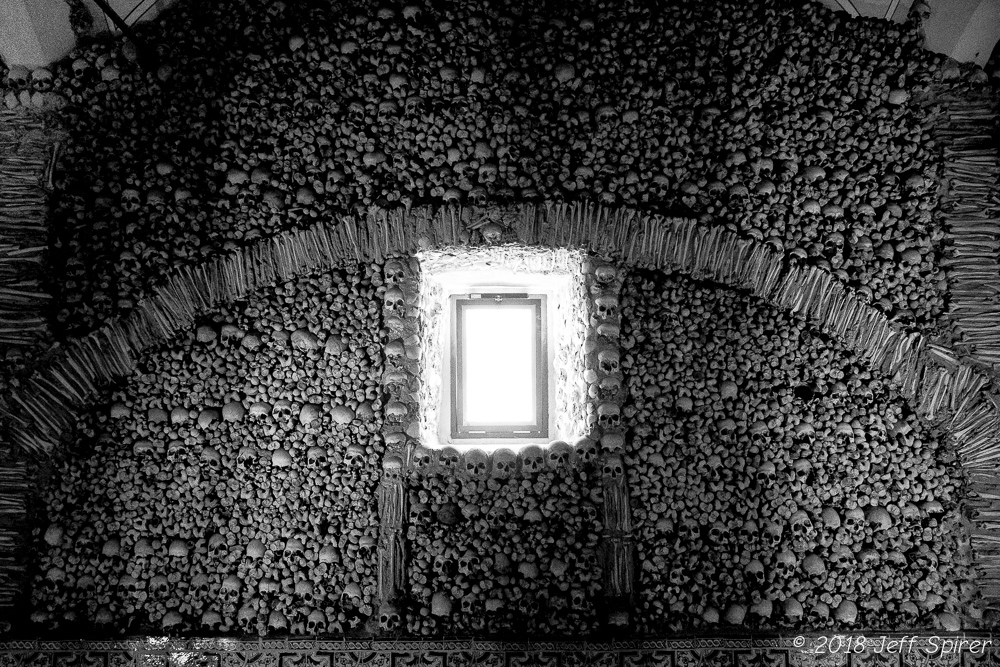 Évora has a chapel of bones, Capela dos Ossos. We’d visited another bone chapel in southern Portugal and had to visit this one as well. The visit was more restricted than the one in Faro, it was difficult to get close to the walls of bones. Given a choice, the one in Faro makes for a better visit but still, there’s nothing like being surrounded by skulls and other bones in a church. 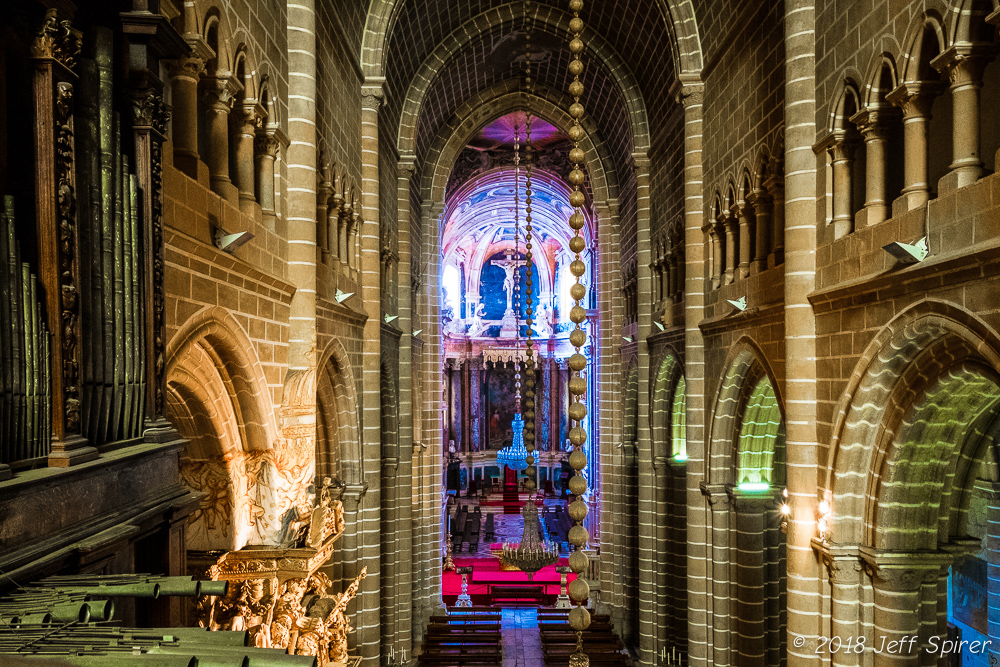 Another popular tourist attraction that is worth a visit is the Cathedral of Évora. Every village and city in Portugal has at least one church, and every has many, but this one is vast and beautiful. It’s even possible to walk on the roof, high above the city. 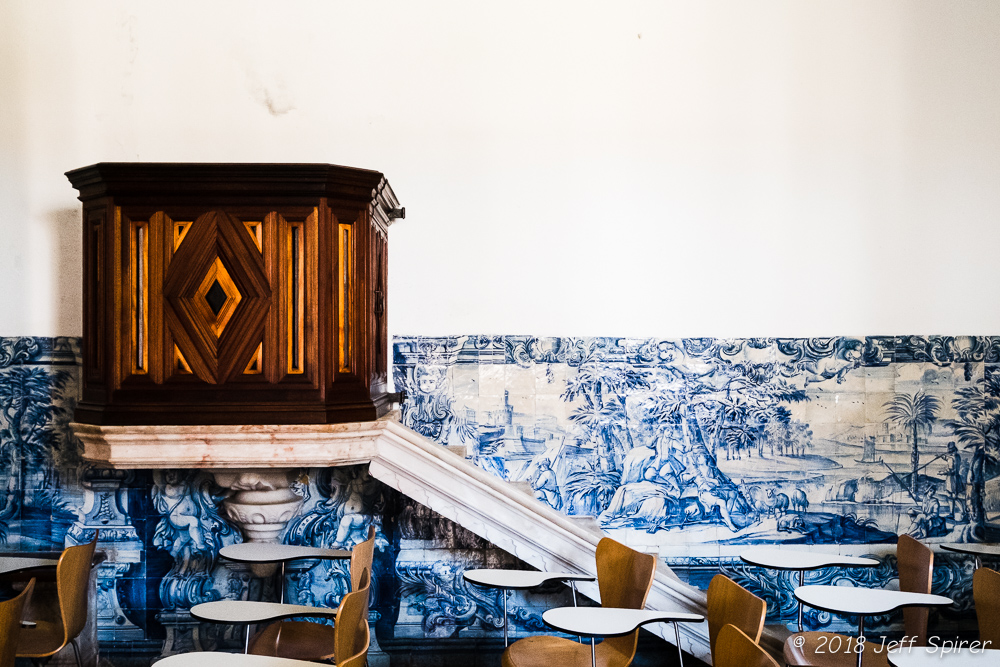 The University of Évora provided some relief from the hordes of tourists at the other sites. It’s an old school, dating back to 1559, with interesting sculpture and art. And in most classrooms, an elevated lecturing box. (Also, university t-shirts for just €8, had to buy one.) 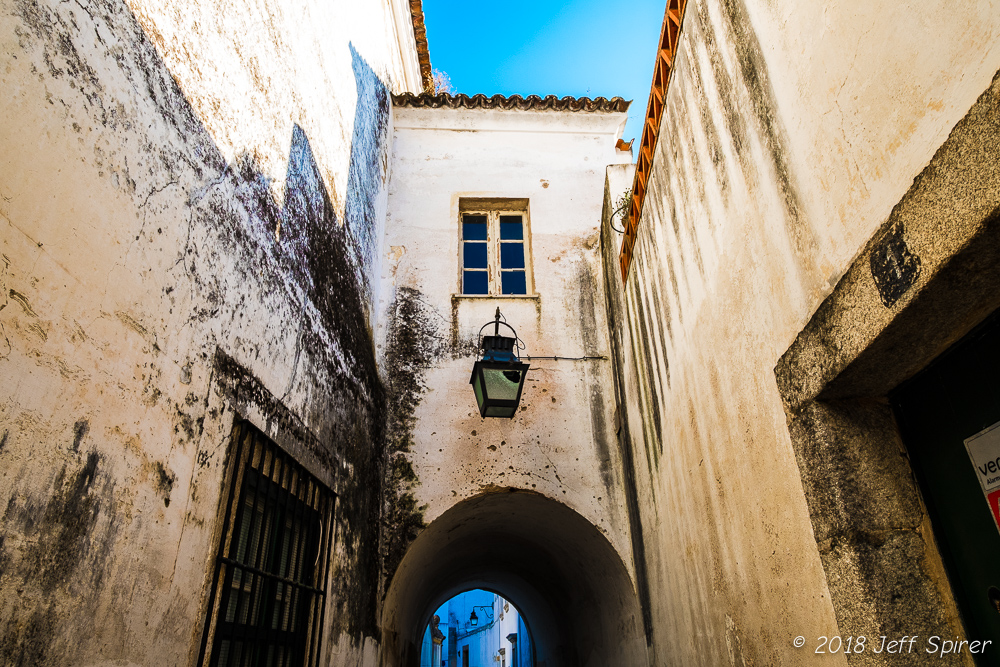 Of course everywhere inside the walled city feels like a throwback. The architecture is well-preserved. Every building is painted white, often with a yellow accent color and green doors, although other colors appear occasionally. But it’s the odd bridges between buildings, the fountains that appear in squares and even indoors, that catch the eye. 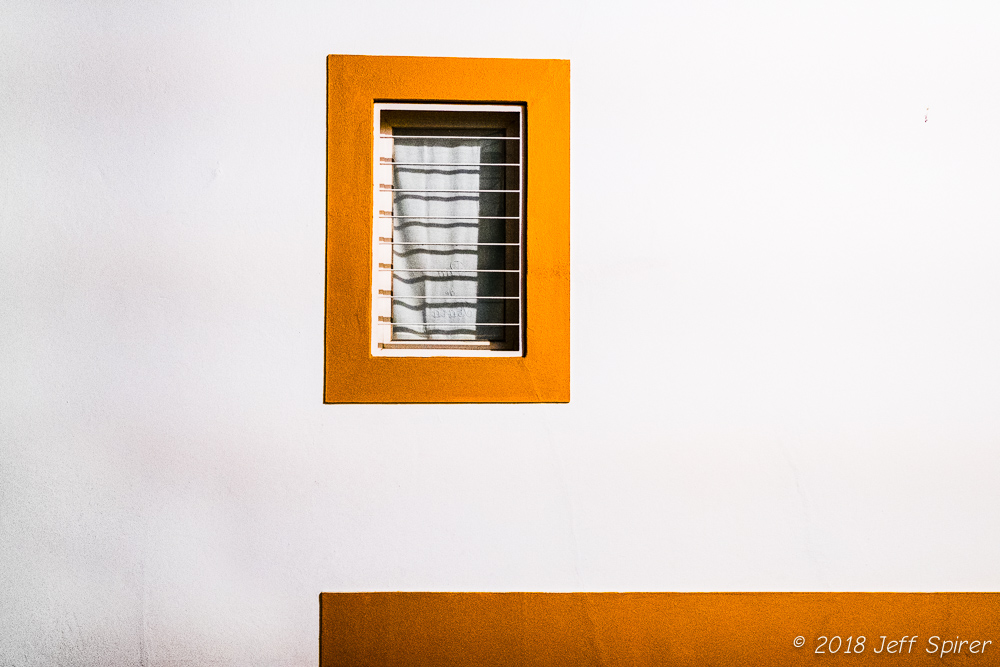 The buildings occasionally seem like modern art pieces when viewed through the camera. 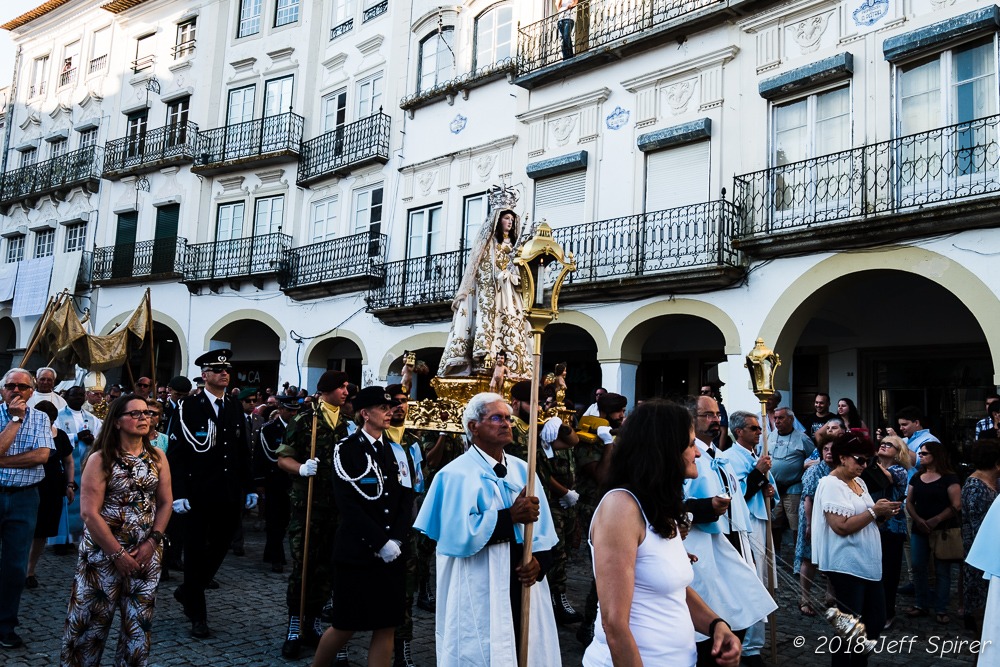 And as probably the most memorable experience, a religious procession appeared in the center on Sunday. With horseback riding, drums beating, idols hoisted up, and devoted townspeople alongside, the procession completed the feeling of being completely disconnected from modern times.