Into the Douro Valley

The Douro River starts in Spain and ends in Porto, where it meets the Atlantic Ocean. It is best known for its vineyards and wine making, and particularly for its central role in the making of Port wine. The valley is spectacular, with steep hills covered in terraced grape vines, beautiful bridges, and winemaking estates and homes. 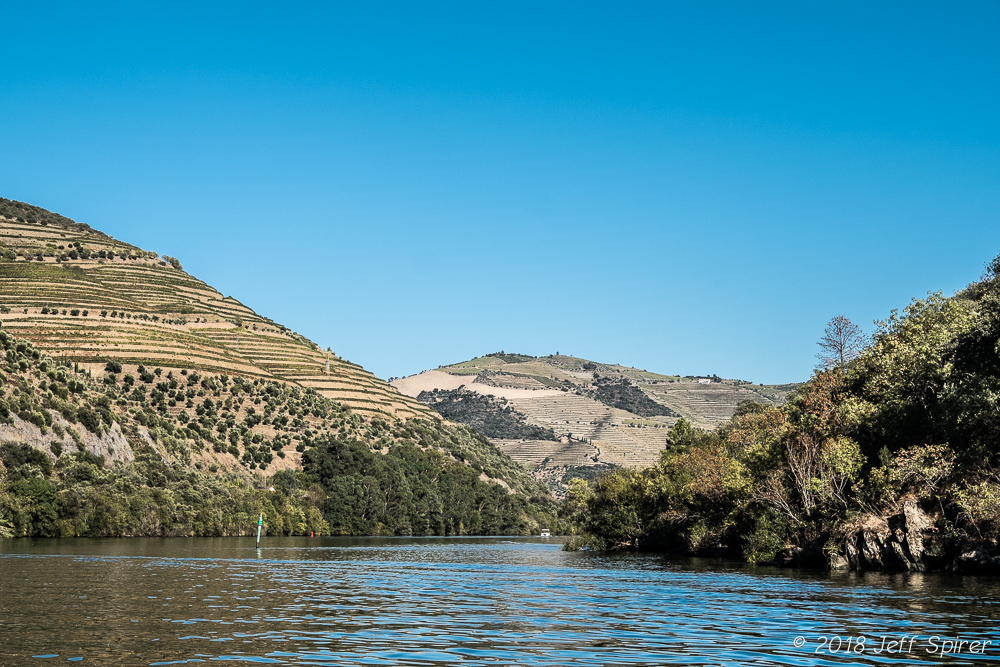 Our visit began at the Santa Apolónia train station in Lisbon. The ride to Porto is about three hours and the trains are quite comfortable, even in “tourist class.” Arriving in Porto, there is a transfer to the train going to Regúa, a prominent town that takes another two hours on the train. This train, while not as comfortable, often offers views of the river and the south slope vineyards. It’s an old line, often single-tracked which occasionally causes delays while waiting for an oncoming train to get through. 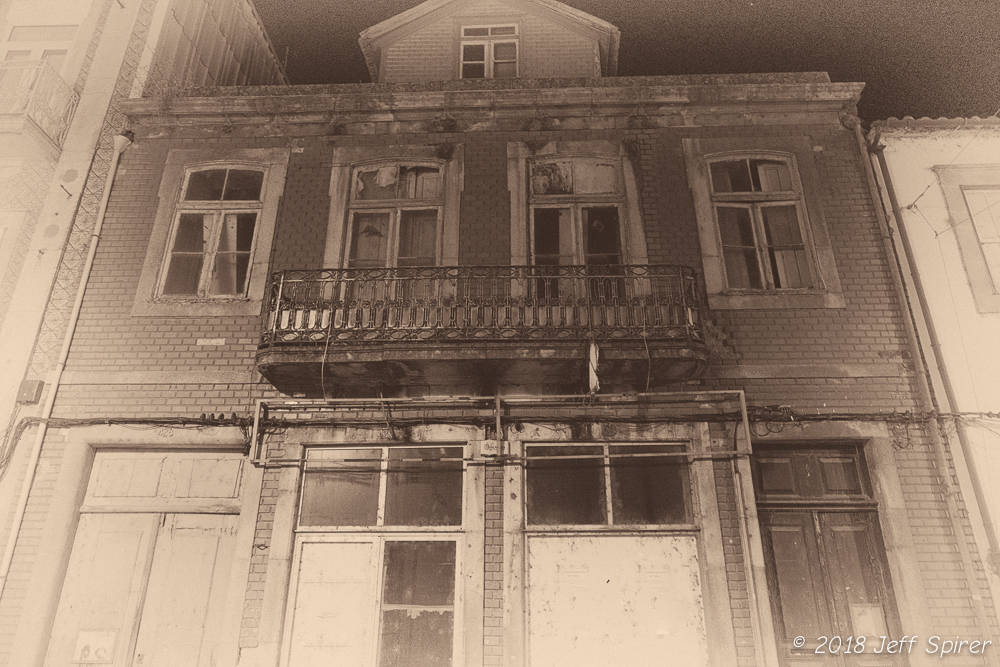 Regúa embraces today’s Portugal, with a well-preserved quaint “downtown” and tasteful modern buildings behind the downtown. As it sits on the river, there are docks and riverside bars. As with every town and city we’ve visited, there are some attractively abandoned buildings. 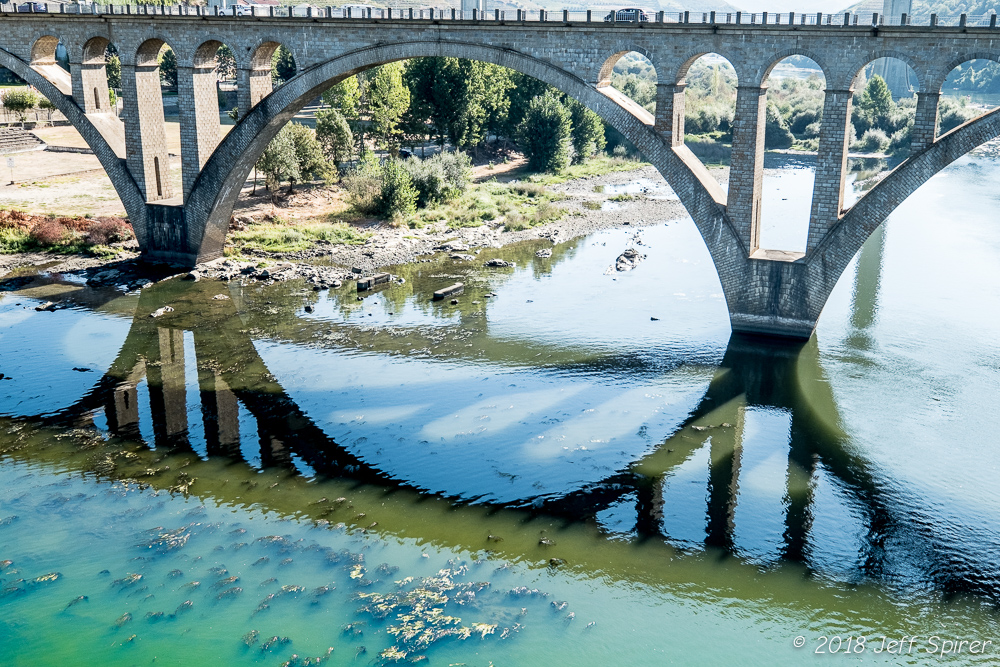 The plan was to take a six hour cruise on the river. Given the heat (34C at the peak), it’s a blessing that this fell through due to dam repairs. Instead, we ended up with another train ride, this time farther up the Douro to Pinhão, a village smaller than Regúa and the departure point for a lot of boat rides. We took a smaller boat for a much shorter ride, a pleasant afternoon jaunt on the river. The tour started out with a group of drunk Americans yelling about tequila (apparently they were confused about what country they were in) but fortunately, they moved to an upper deck and everyone else was happy. 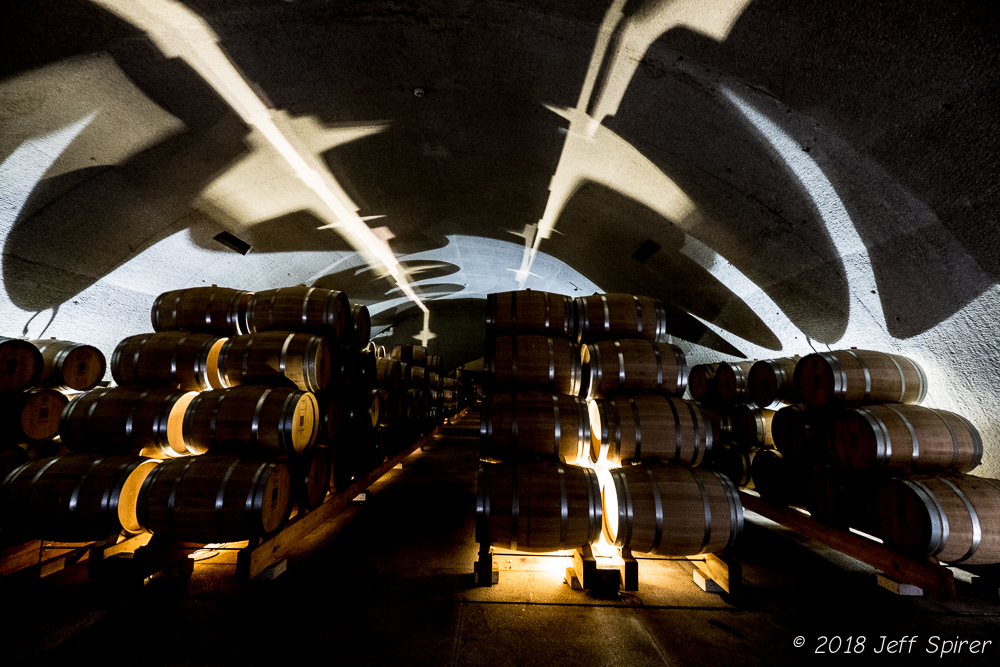 Back to Regús and out the next morning to a winery. We would have liked to visit a smaller winery with a chance to speak with winemakers or vineyard managers but it was too difficult to arrange, especially as we didn’t have a car. We ended up with a group at a large winery. We had a tour and tasted some decent if unexceptional wines, but it turned out the group, which was mostly Americans with a few people from China, was a lot more interesting than the drunk Americans on the boat ride. 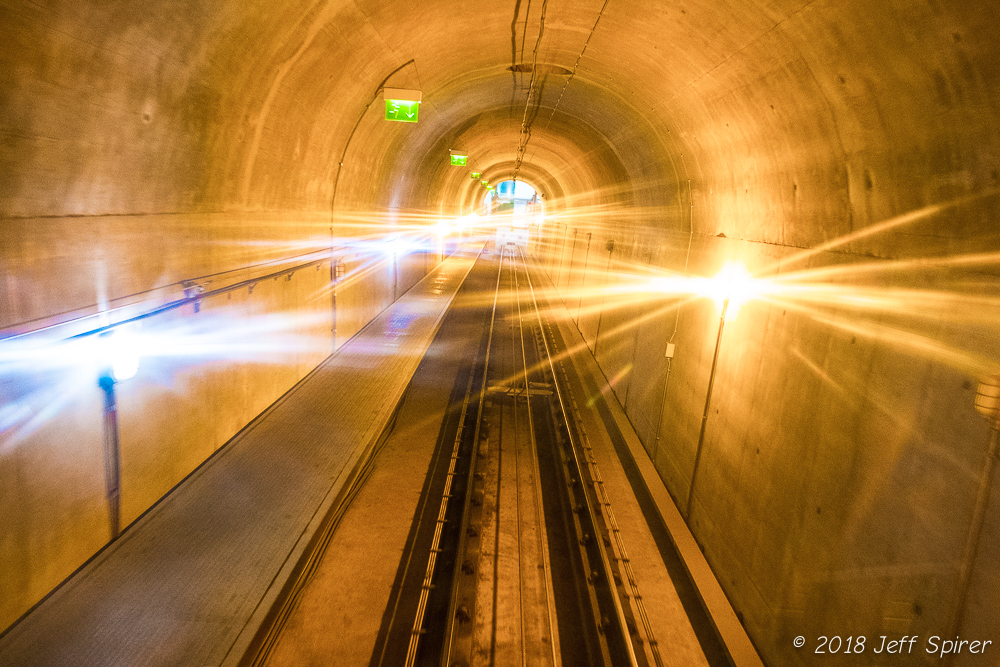 After the winery, we headed back to Porto. Porto is Portugal’s second largest city, much smaller than Lisbon, but with lots of character. Although inundated with tourists like Lisbon, the city center is much smaller so you can escape more quickly. We found a funicular that was fun to ride for all 90 seconds it took to go up a hill at a 75 degree angle. 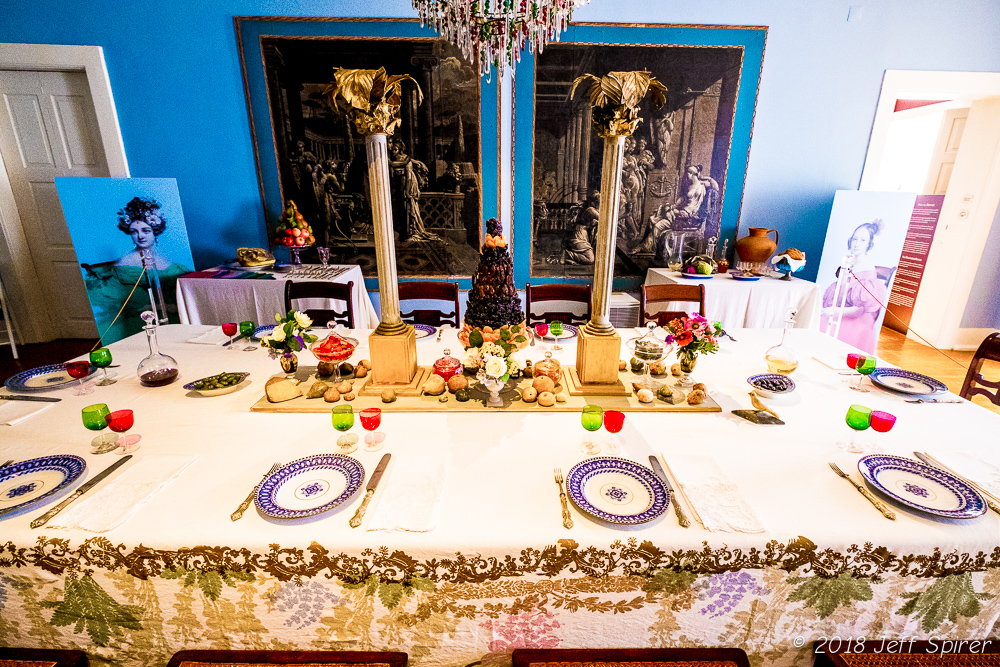 Porto stands in contrast to the rest of the Douro Valley, it’s urban and modern and busy. We didn’t explore the port houses on this trip but did enjoy the views of the city. It was extremely hot and we ended up in a park the afternoon before we left. Walking through  the park, we encountered a museum – Museu Romântico da Quinta da Macieirinha – that had served as the home of the exiled King of Sardinia in the early 19th century. The museum is not on the path most tourists take so it was quite empty. Well-preserved in a condition close to original, it was quiet and enjoyable, the last stop on the trip north.